The Dreamers Cottage is located in the Monteagle Assembly Community in Monteagle, Tennessee. The community was founded in 1882 and stated that their purpose was for the “advancement of Science, Literary Attainment, Sunday School interest and the promotion of the broadest popular culture in the interest of Christianity, without respect to the sect or denomination.” Many of the houses still remain, preserving a sense of history without fulfilling their original community functions.

The clients wanted to update the home both architecturally and functionally. We started by assessing the best qualities of the home and addressing the challenges. These challenges included arches that were incongruous with the design of the house, board and batten siding that had deteriorated near the ground, windows and doors that lacked character, and a too-small kitchen that was not well located. Overall, the flow of the plan was circular and confused.

We approached the renovation design by prioritizing the re-orientation of the kitchen view, moving it to address a better flow of the plan. We also improved the living space with a pair of sliding doors leading from the master bedroom. When opened, these doors look out over the bluff edge to the valley below. A new covered porch was added off the kitchen, complete with a fireplace, television, and sliding windows through which residents can pass food and beverages.

The den area was opened up and detailed with new peaked dormer windows, a stone fireplace, and trusses. The kitchen, oriented in a functional U shape, was outfitted with modern appliances. Just off the kitchen, the living room was updated with a wall of glass, as well as bookcases to flank the existing fireplaces and a new stone mantle. The color scheme of the home is unified by natural materials, such as mountain stone and wood floors. The intimate scale of the house makes it appear like a fairy tale home: something one would find while wandering through the forest. The end result is intimate, cozy, and rooted comfortably in place. 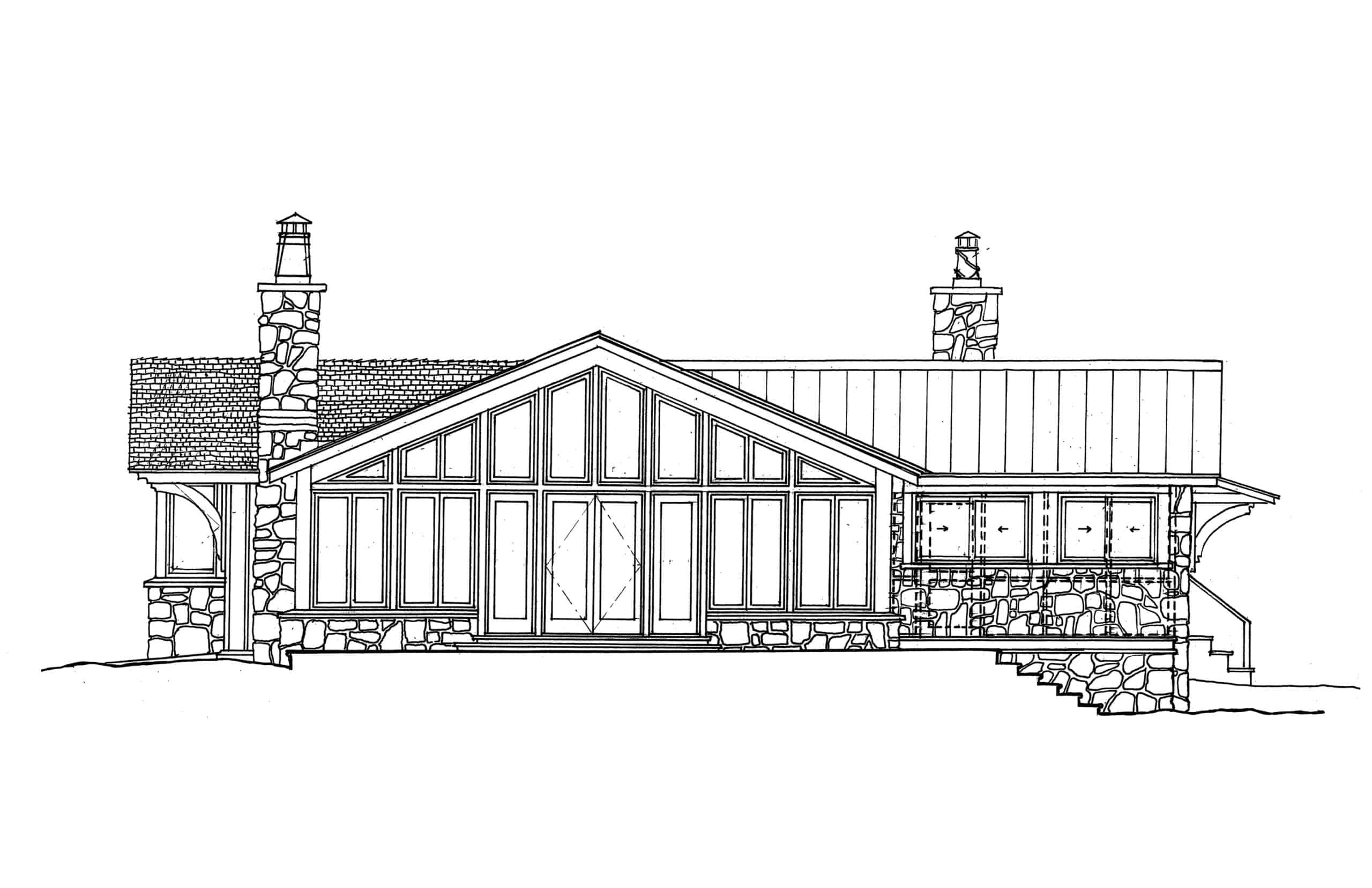 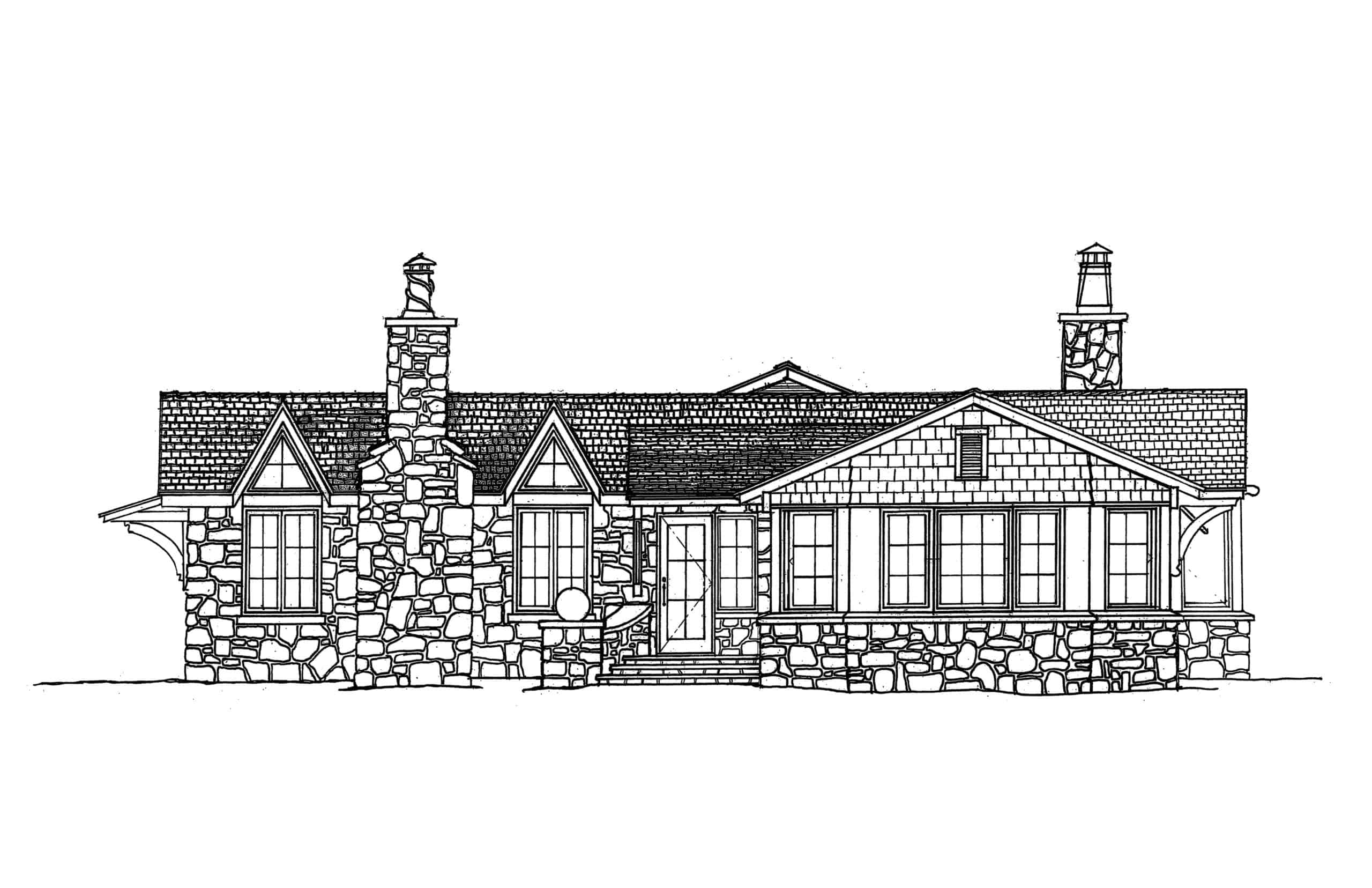