This private residence is located on a ridge in southeast Tennessee with a beautiful view to the city below.  It was built in the early part of the century and the clients came to us requesting a master plan for the grounds, a new garage, a sunroom facing the view, as well as the creation of a connection from the guest house to the main house.  We were asked to keep all additions and renovations the same style as the existing style of the house and to take advantage of the spectacular view with the house and the grounds.

When beginning the work, the house was in good condition but lacked organization.  It did not take advantage of the views nor did it relate well to the grounds.  Functionally it lacked a garage and indoor/outdoor space.  We approached the addition of the garage as a separate element, connecting it to the main house with a colonnade, keeping the proportions of the façade original.  We then set up a new axis from the garage to the kitchen which opened the house up to light and made a functional connection to the garage.  A new porch was added off the kitchen at the other end of the axis providing a covered outdoor space.  Another axis from the guest house to the main house was established in the garden to connect the two.  The gardens serve as rooms in themselves and are bordered by retaining walls and hedges to give enclosure.  On the rear of the house we added a sunroom that is a room for living with the view.  It has access to the views and is topped by a roof terrace that serves the master suite.  To complete the project we redesigned the interior, added columns in the entry for separation, renovated the kitchen, added custom millwork and added new finishes throughout. 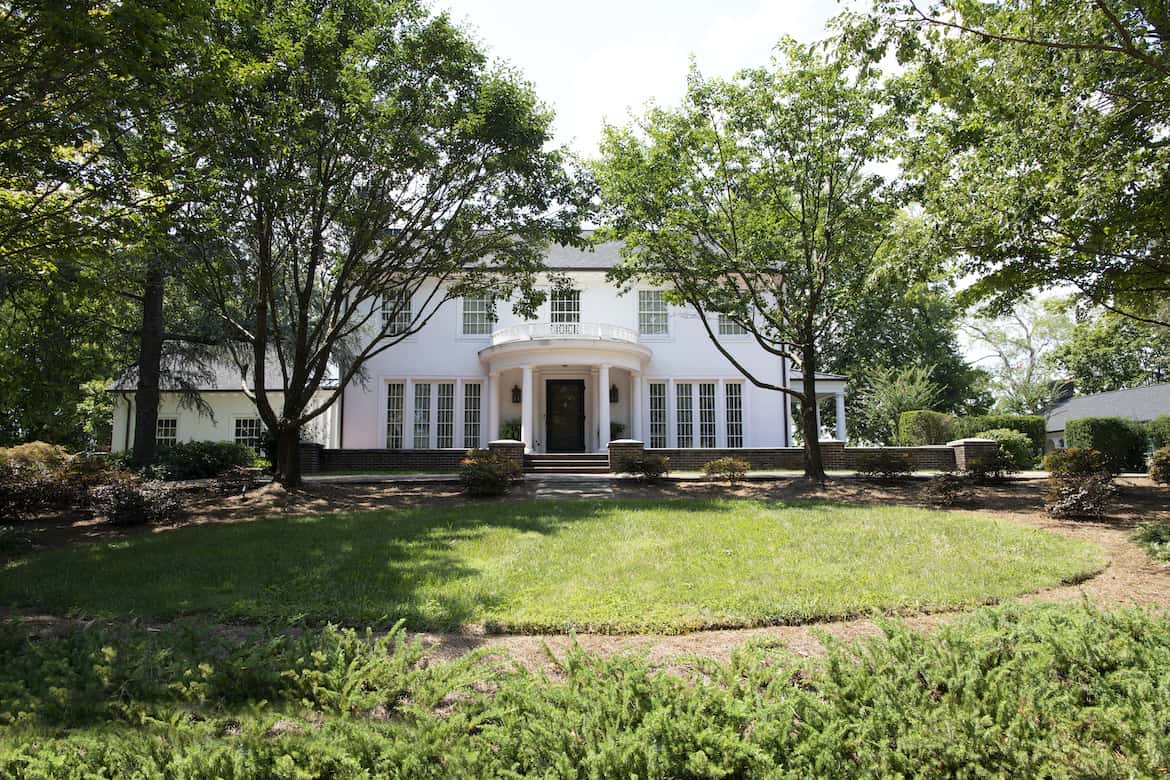 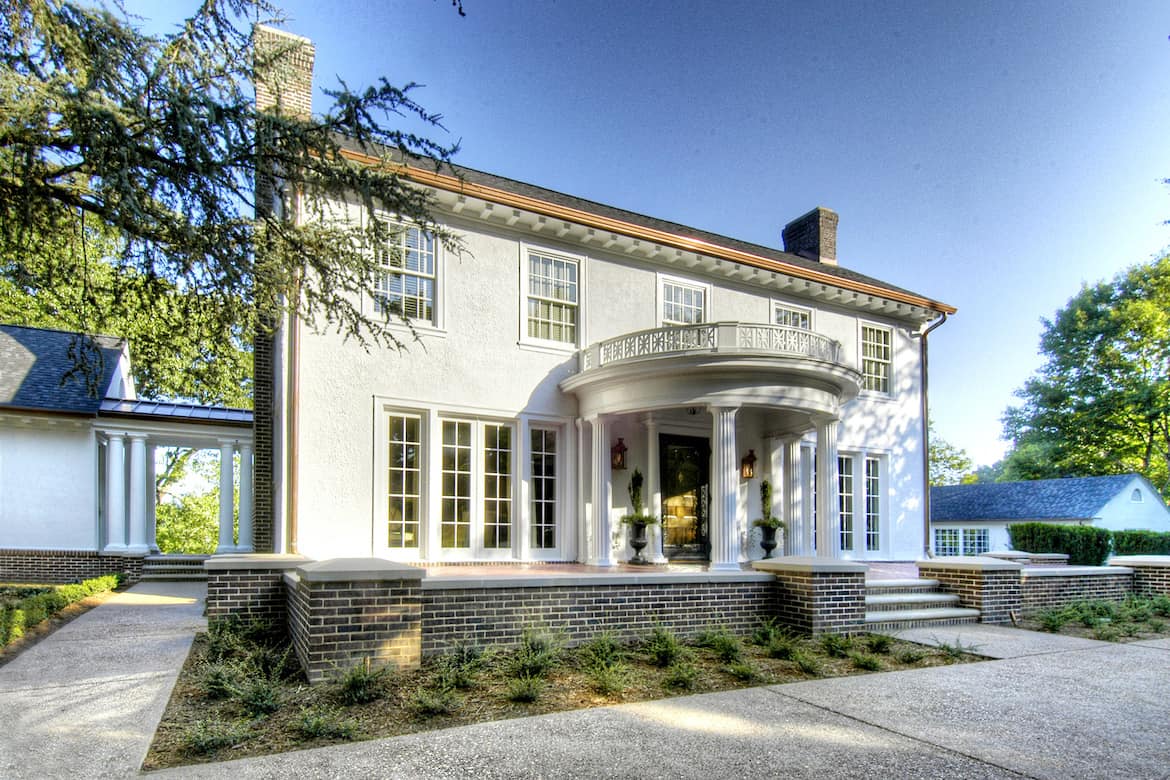 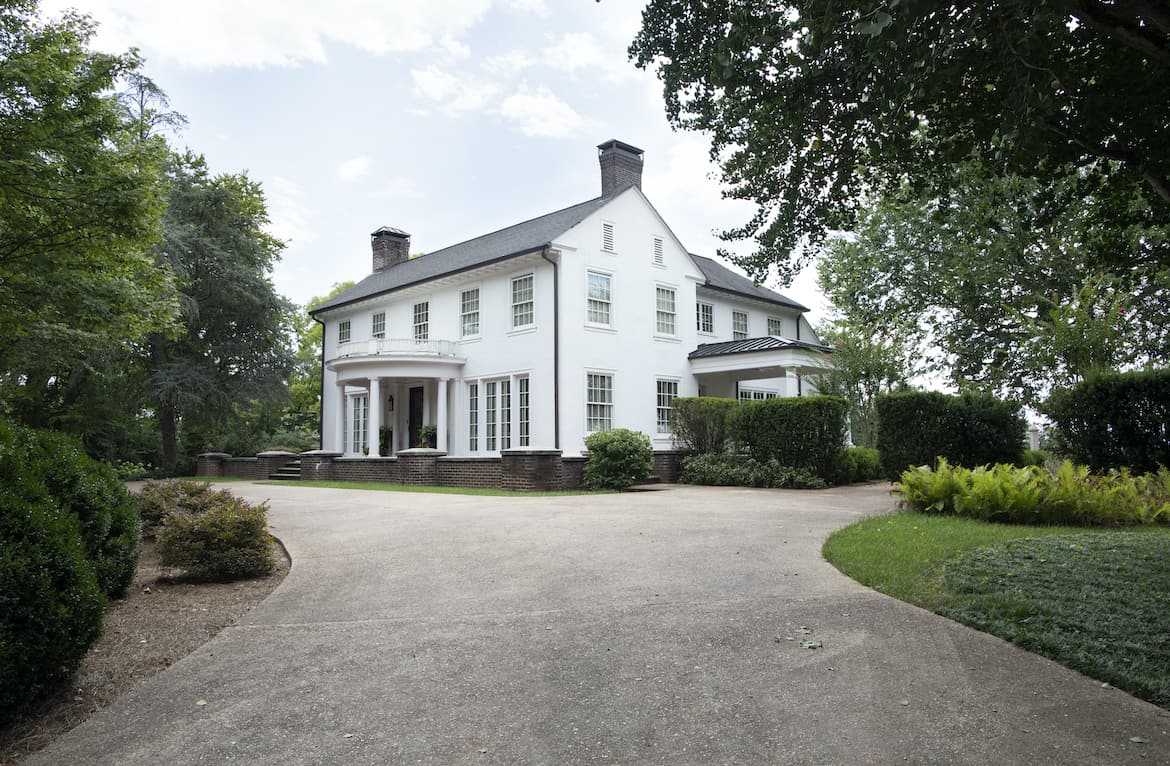 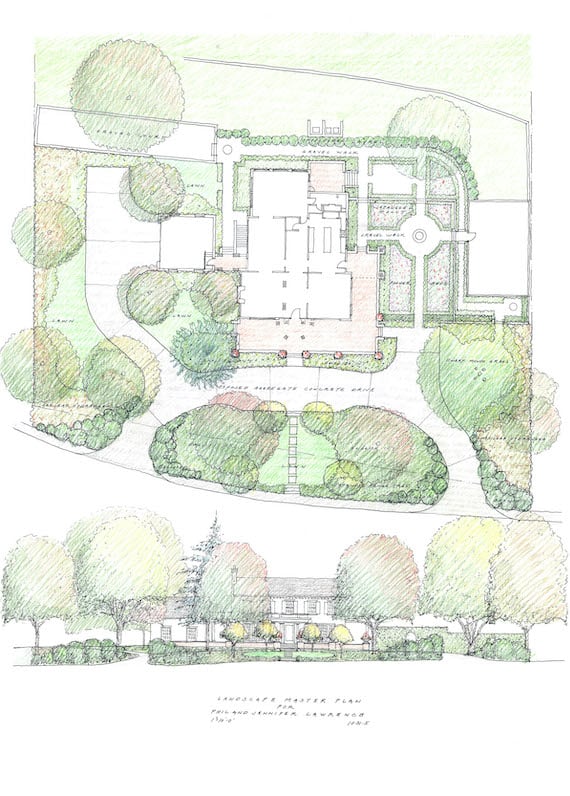 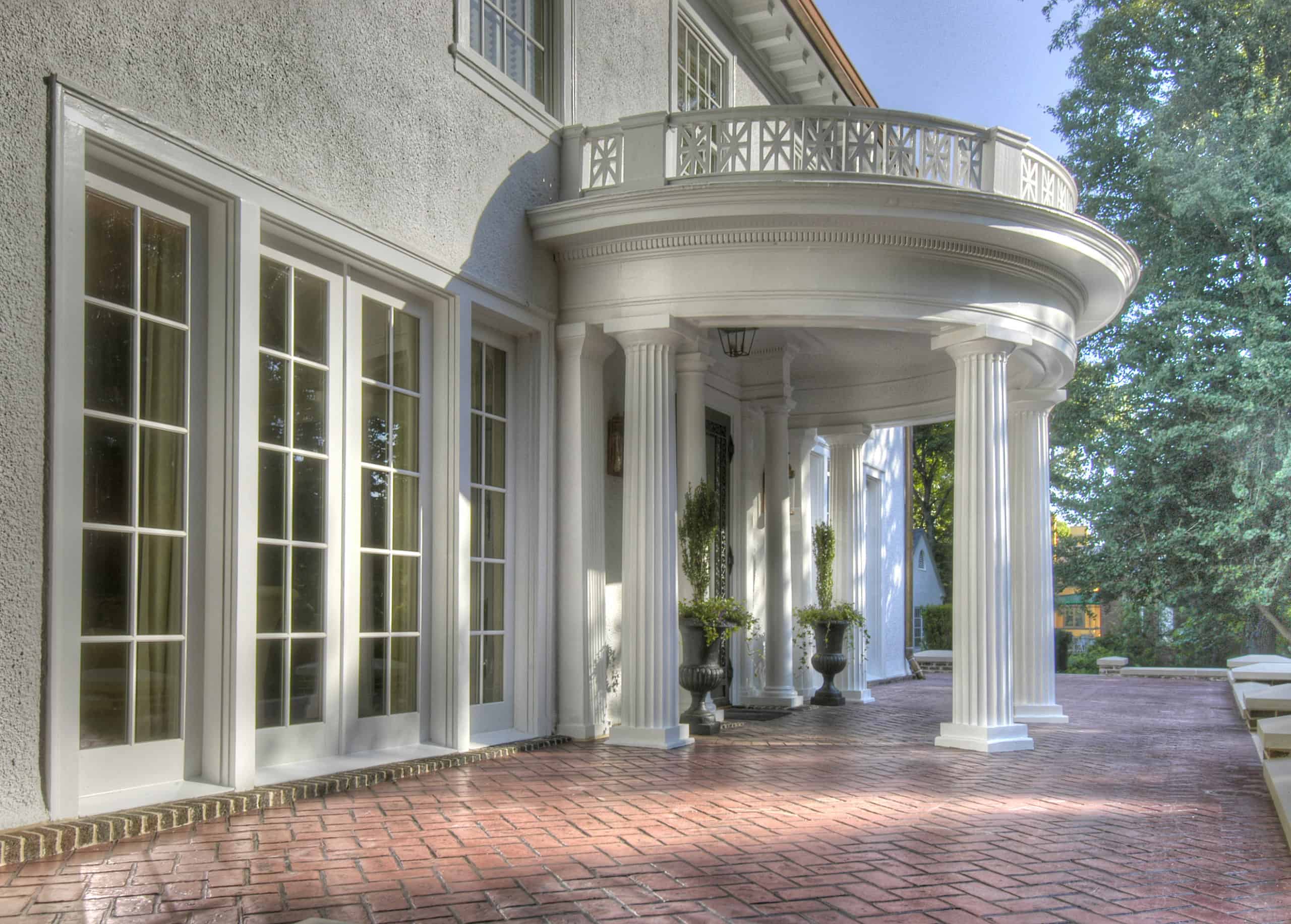 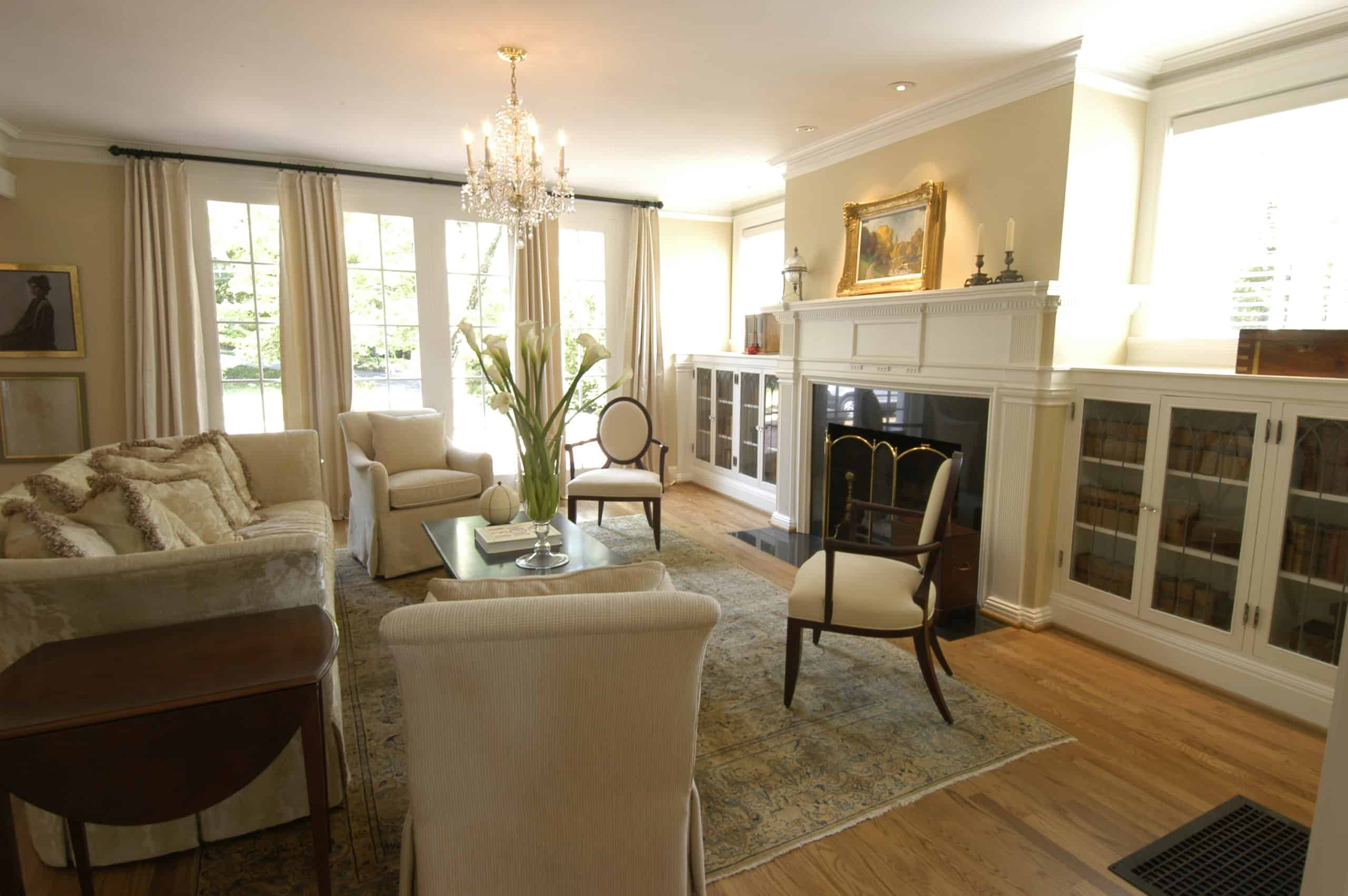 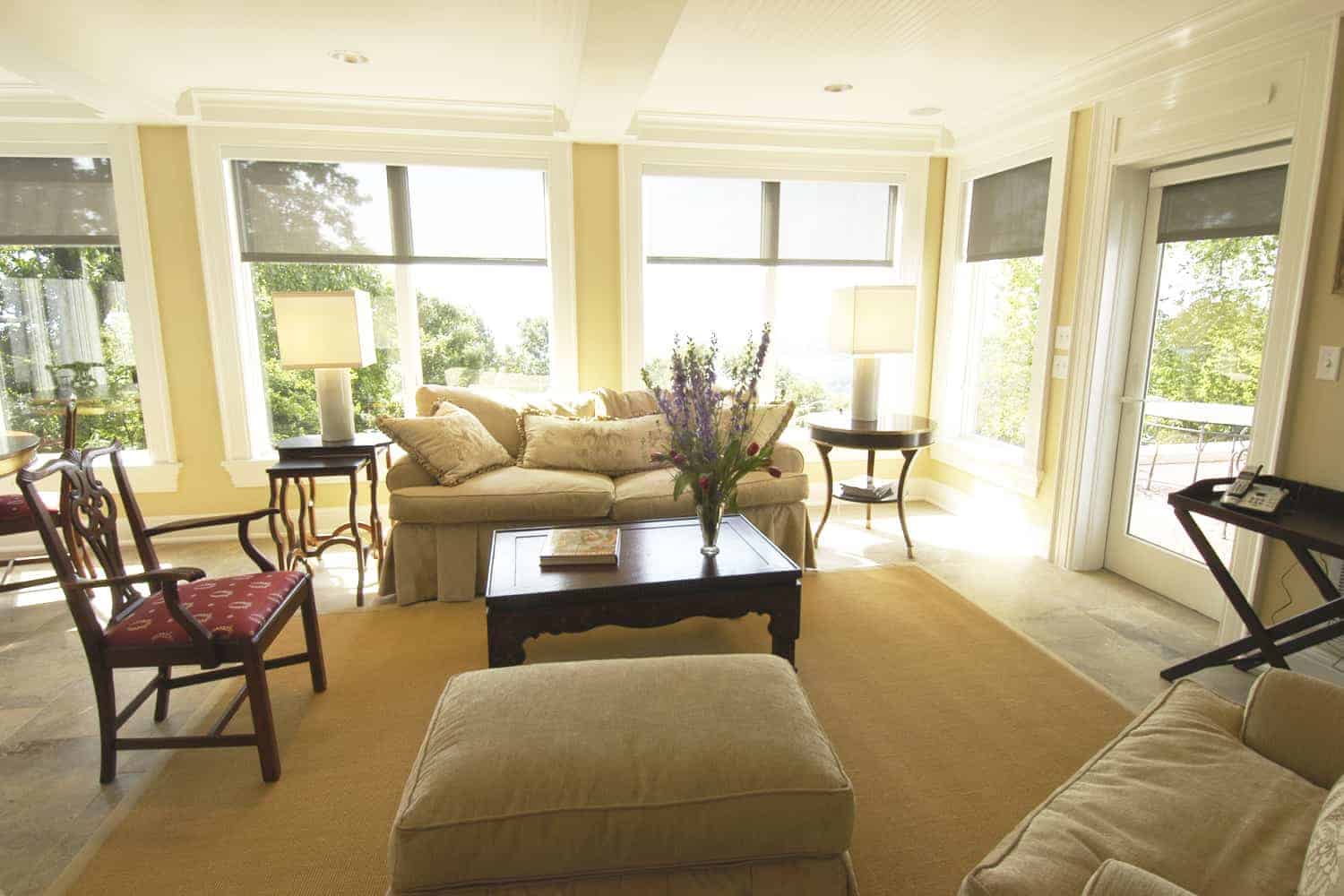 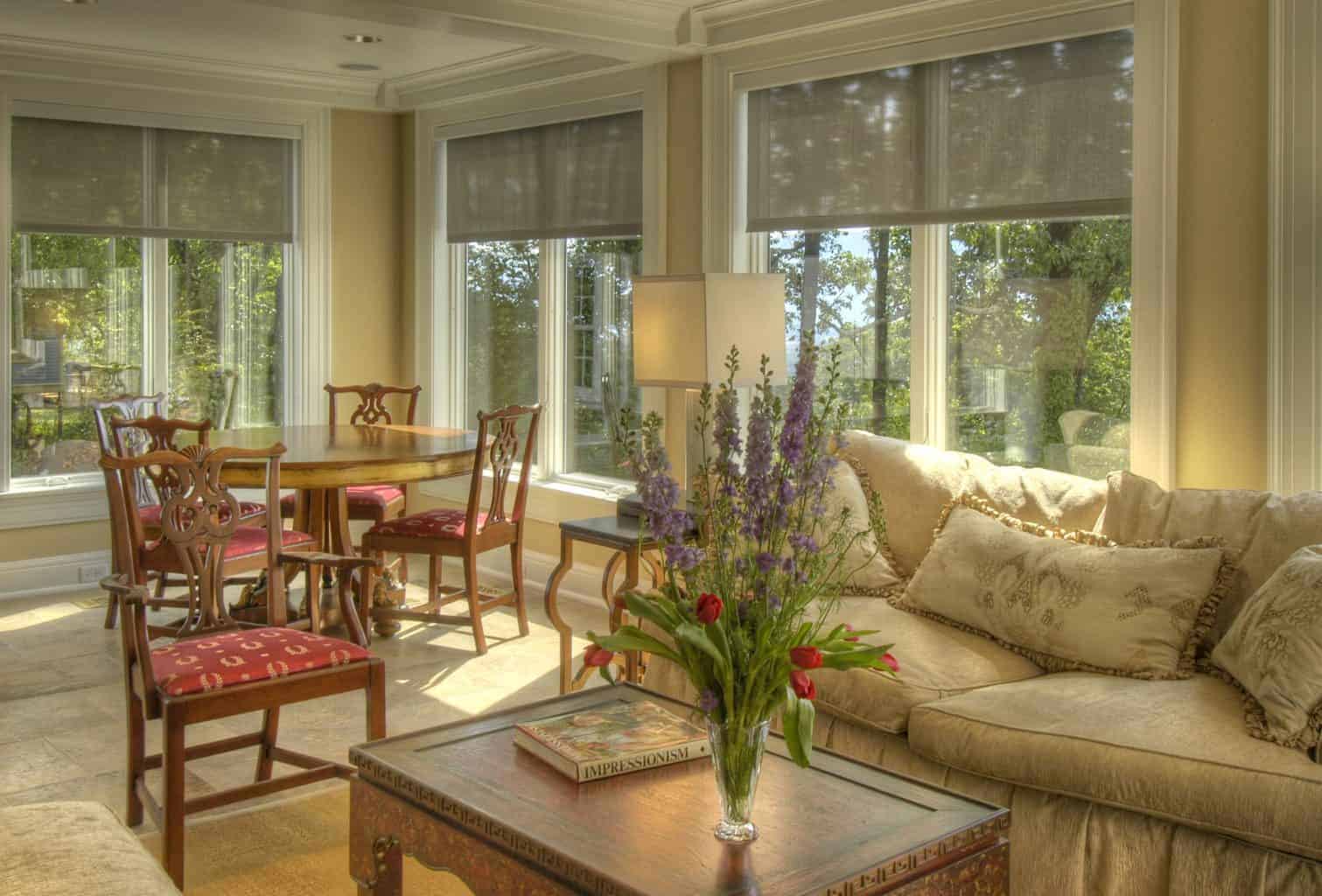 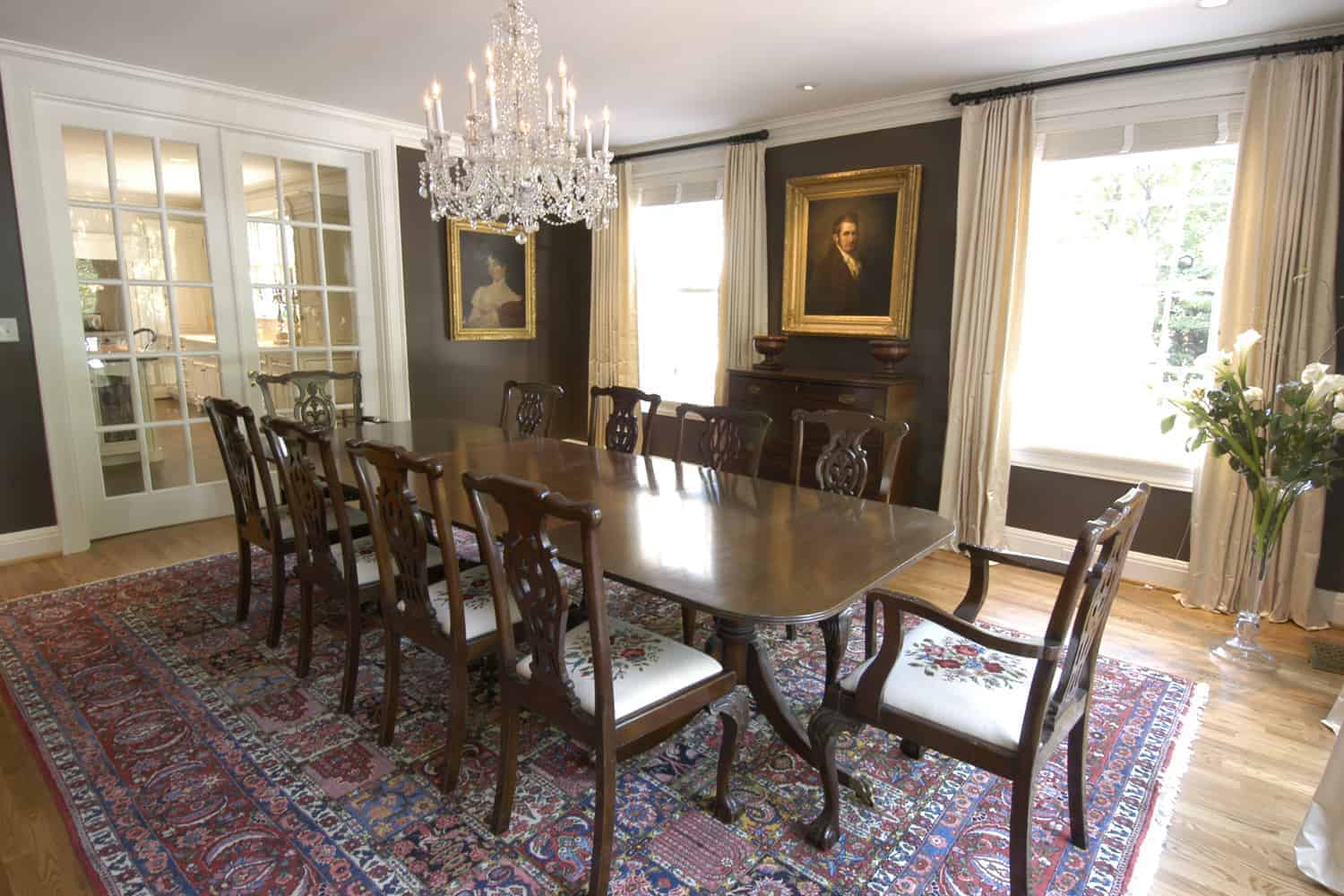 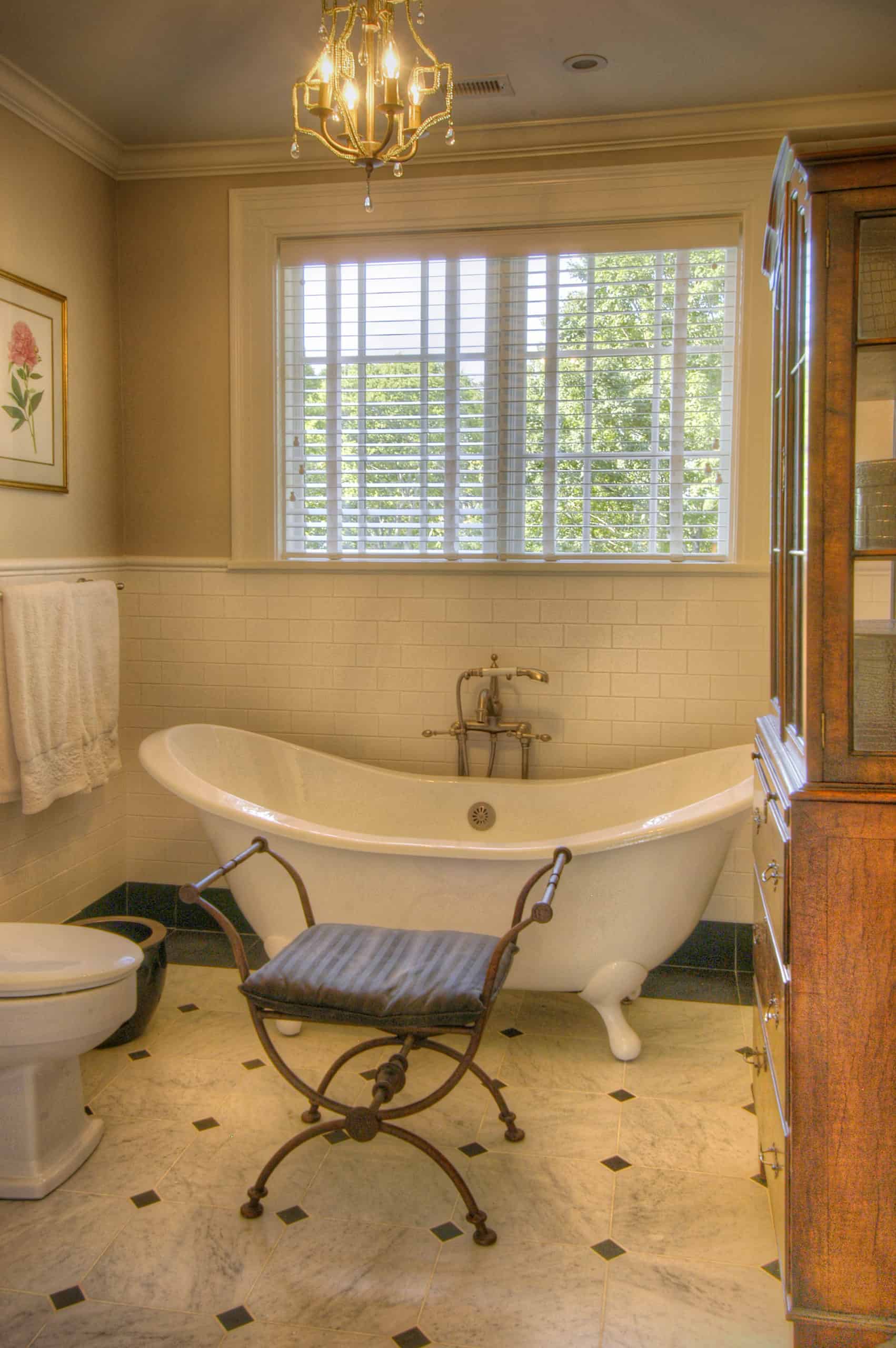 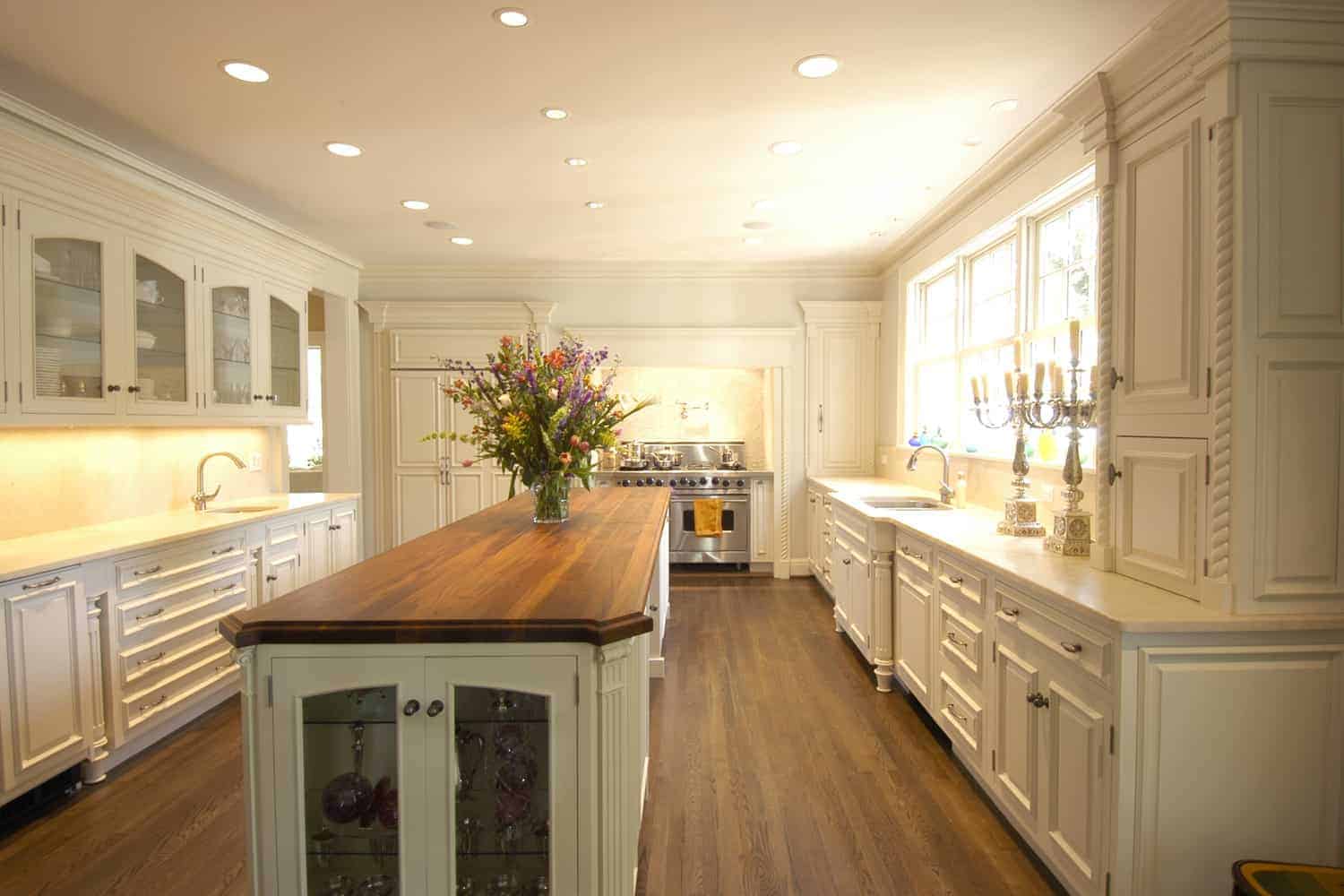 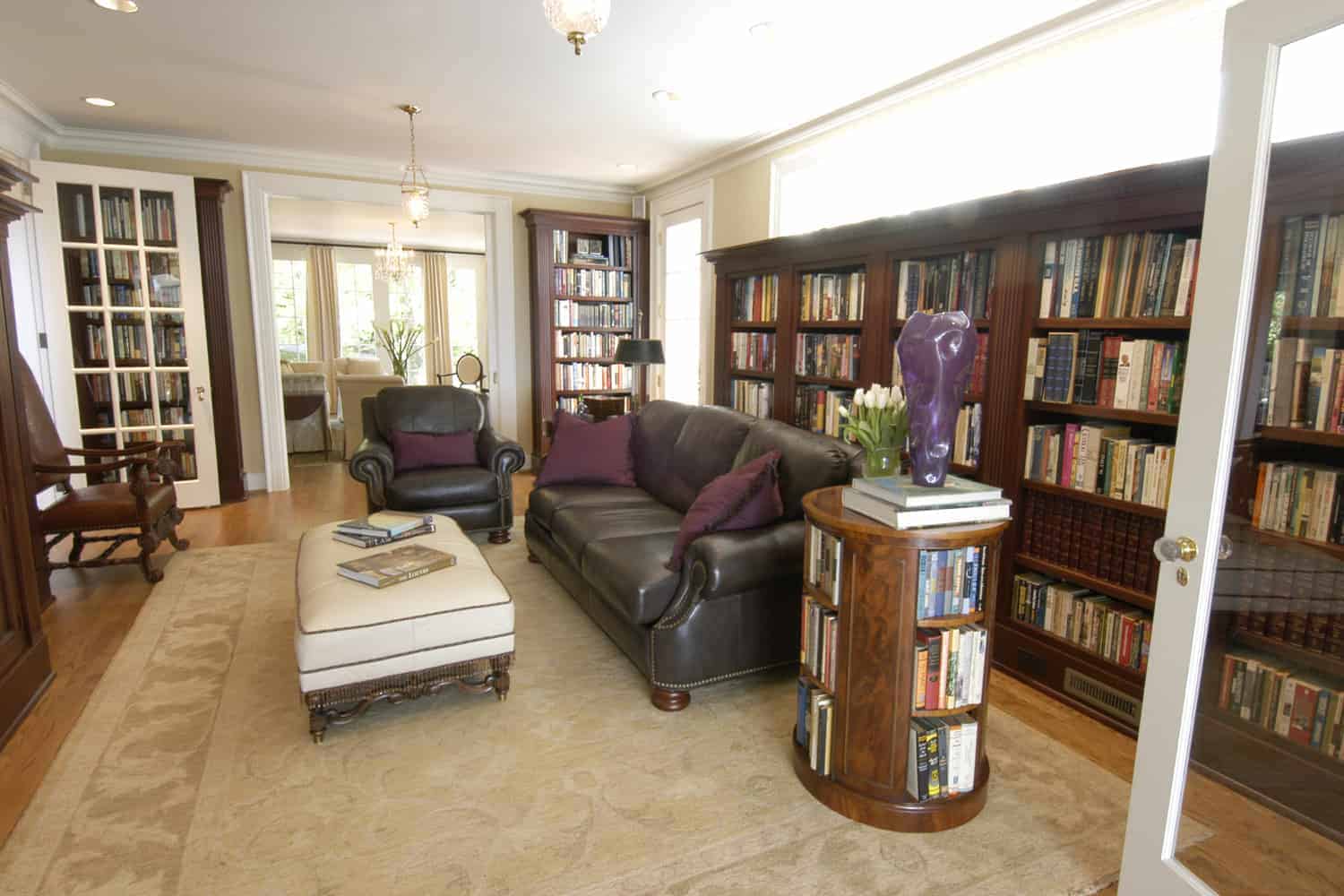 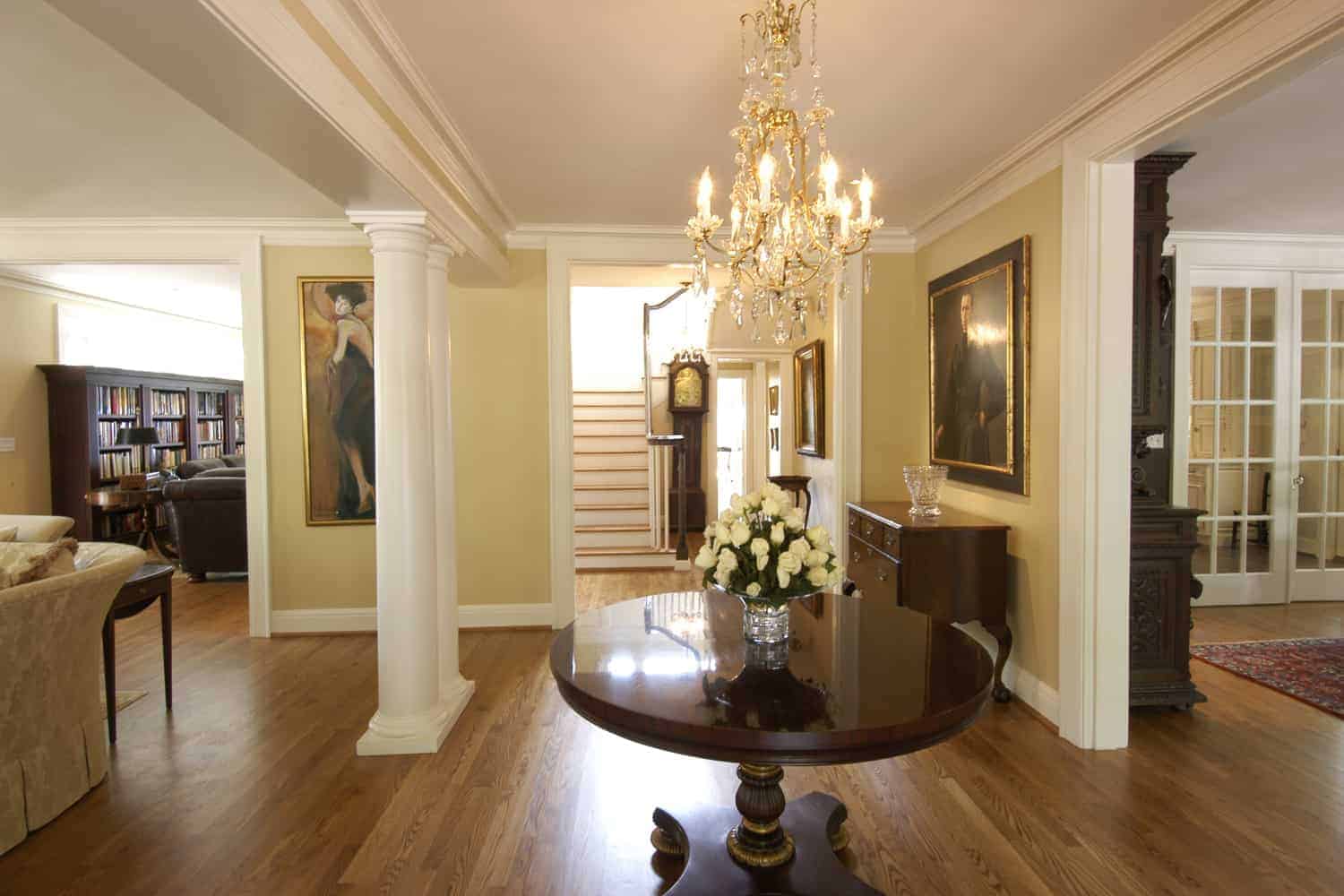