The end of World War II saw many pre-fabricated barrack and military storage buildings, known as Quonset Huts, abandoned across the country. Made of corrugated metal and semi-circular in shape, the military sold them to private citizens after the war. In 2017, HK Architects Principal, Heidi Hefferlin, purchased a Quonset Hut that had originally been built in Arizona. In 1950, it had been purchased, moved, and reassembled in Chattanooga, Tennessee and used as a storage shed for decades.

Heidi then set to work renovating and upgrading the building. Her goal was to keep the building basic, low budget, and functional, as well as in tune with the climate variations and natural environment. Instead of installing air conditioning, she repurposed industrial fans and installed a wall of operable windows, overhead fans, and a large gate to allow thru-breeze while maintaining visual privacy. These elements, combined with large doors that can open at either end of the barrel-shaped building, help keep the interior temperature comfortable in the summer months. Sealing the shell of the building with spray insulation and adding a heating component keeps the structure warm and draft-free in the winter.

Originally hoping to use the Quonset as a music venue, Heidi was approached about opening a gym in the space. Located in an otherwise industrial neighborhood that is turning increasingly residential, the 3,440 SF building is now the Hangar Fitness Club. The building was retrofitted to include two changing rooms, a unisex bathroom, and loft-level yoga studio. The gym also has an above ground pool and extended outdoor workout area behind the building. 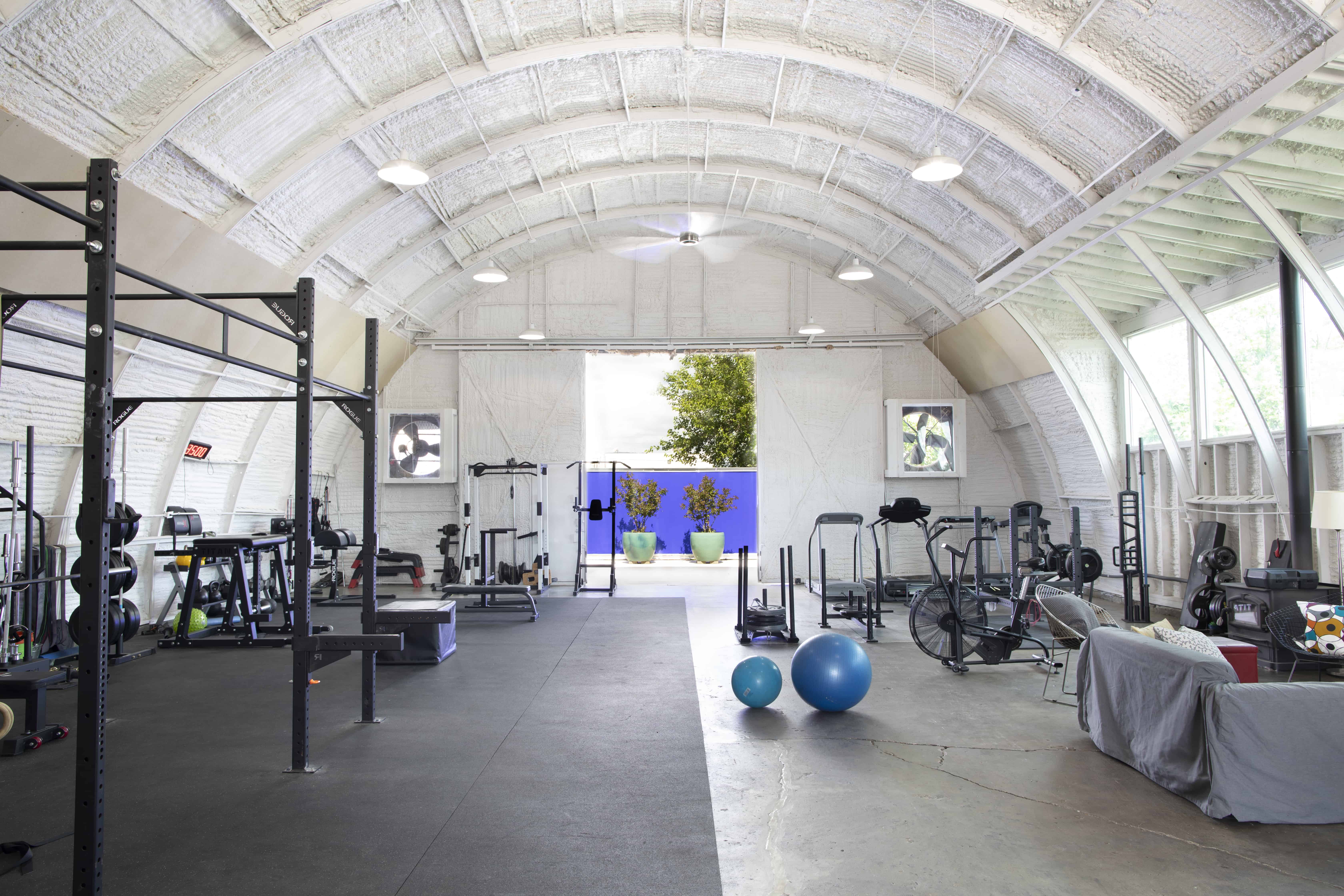 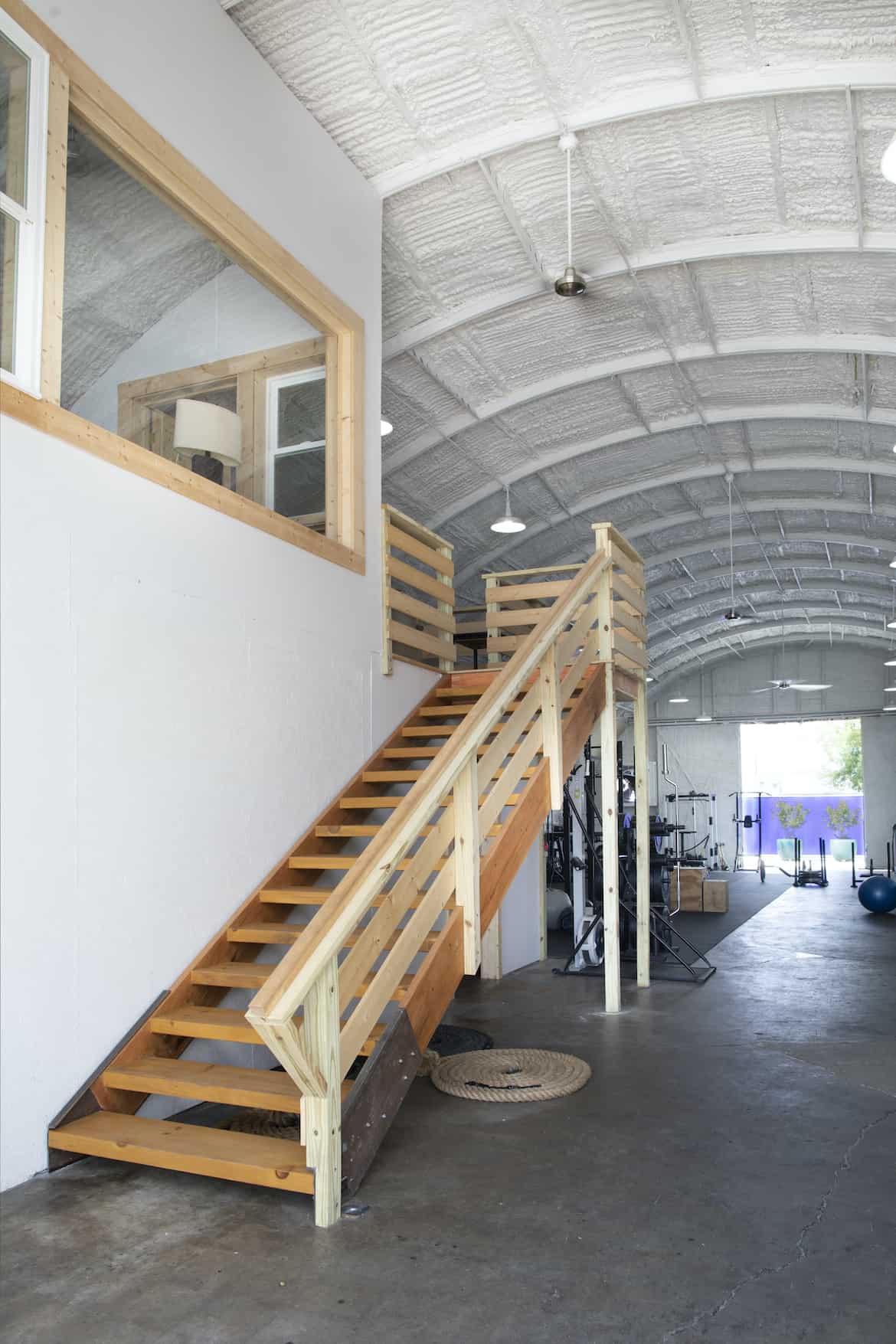 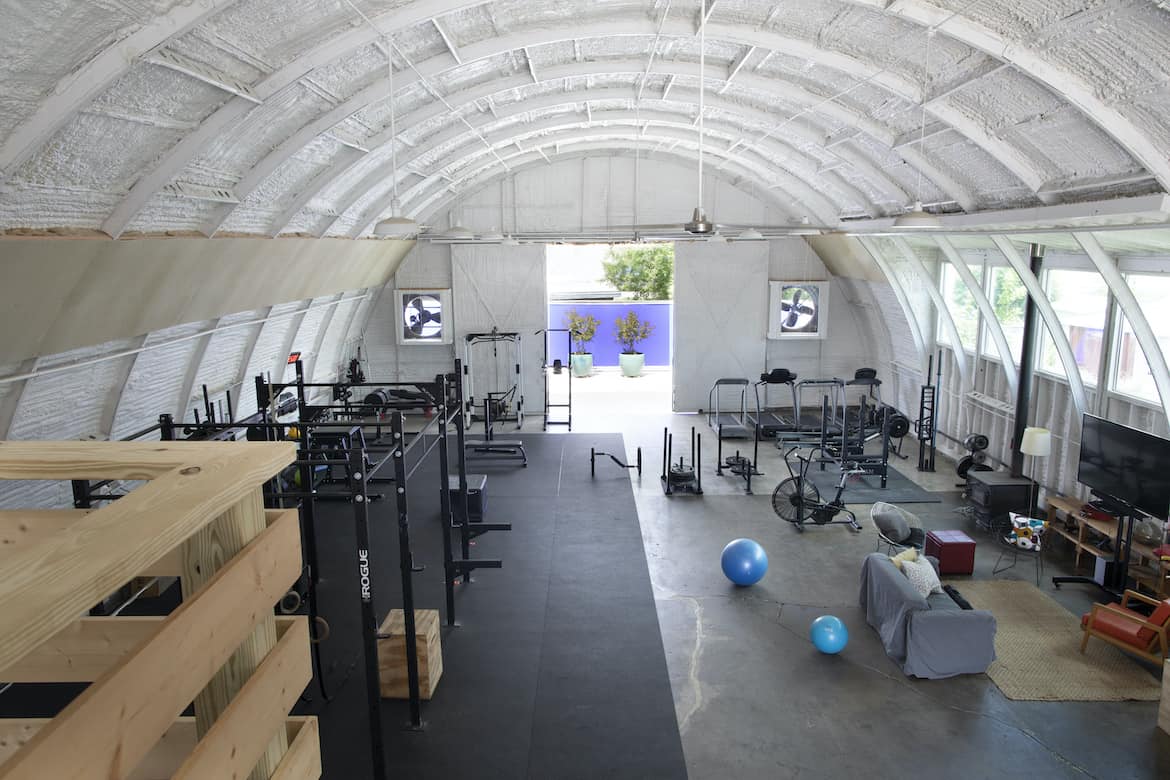 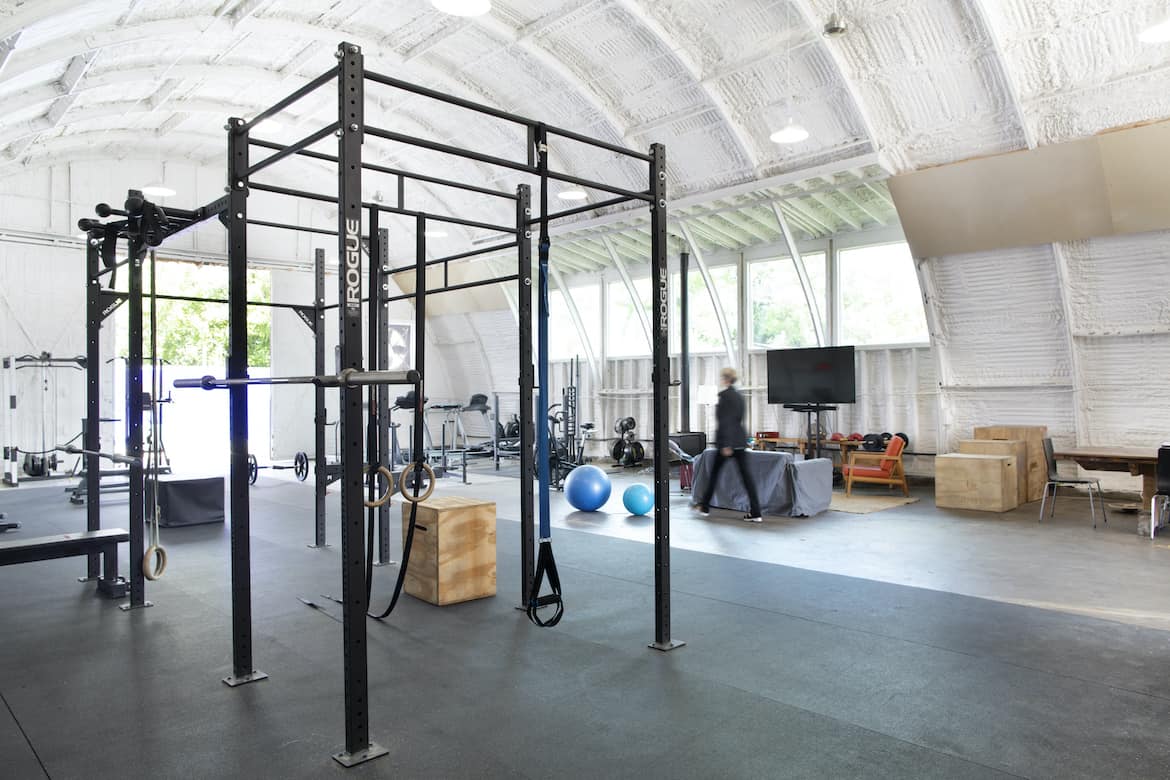 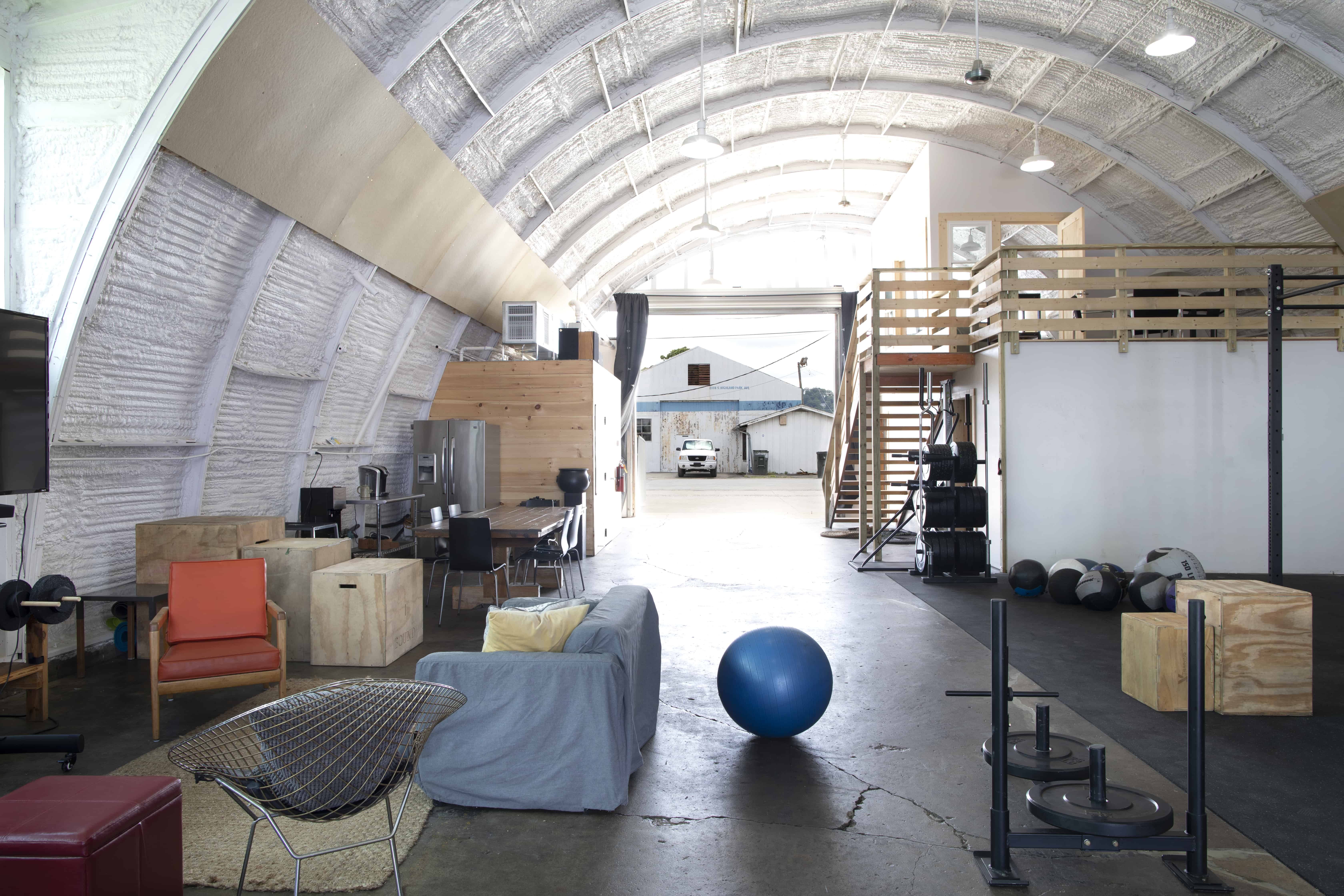