Craig Kronenberg designed this mixed-use proposal while serving as Studio Head at Skidmore, Owings and Merrill in Los Angeles. The Taisei Corporation, a Japanese conglomerate, held a limited design competition for a site in Los Angeles. The SOM team submitted three schemes. The first, an 84-story mixed-use tower, included 56 floors of offices and a 28-floor hotel at the top. The second, a 57-story office tower, included a separate 6-story adjacent hotel. The third design broke the project down into a 42-story office tower and a 12-story hotel, plus a 28-story office tower. Although it was never built, Skidmore, Owings & Merrill won the commission for the project. 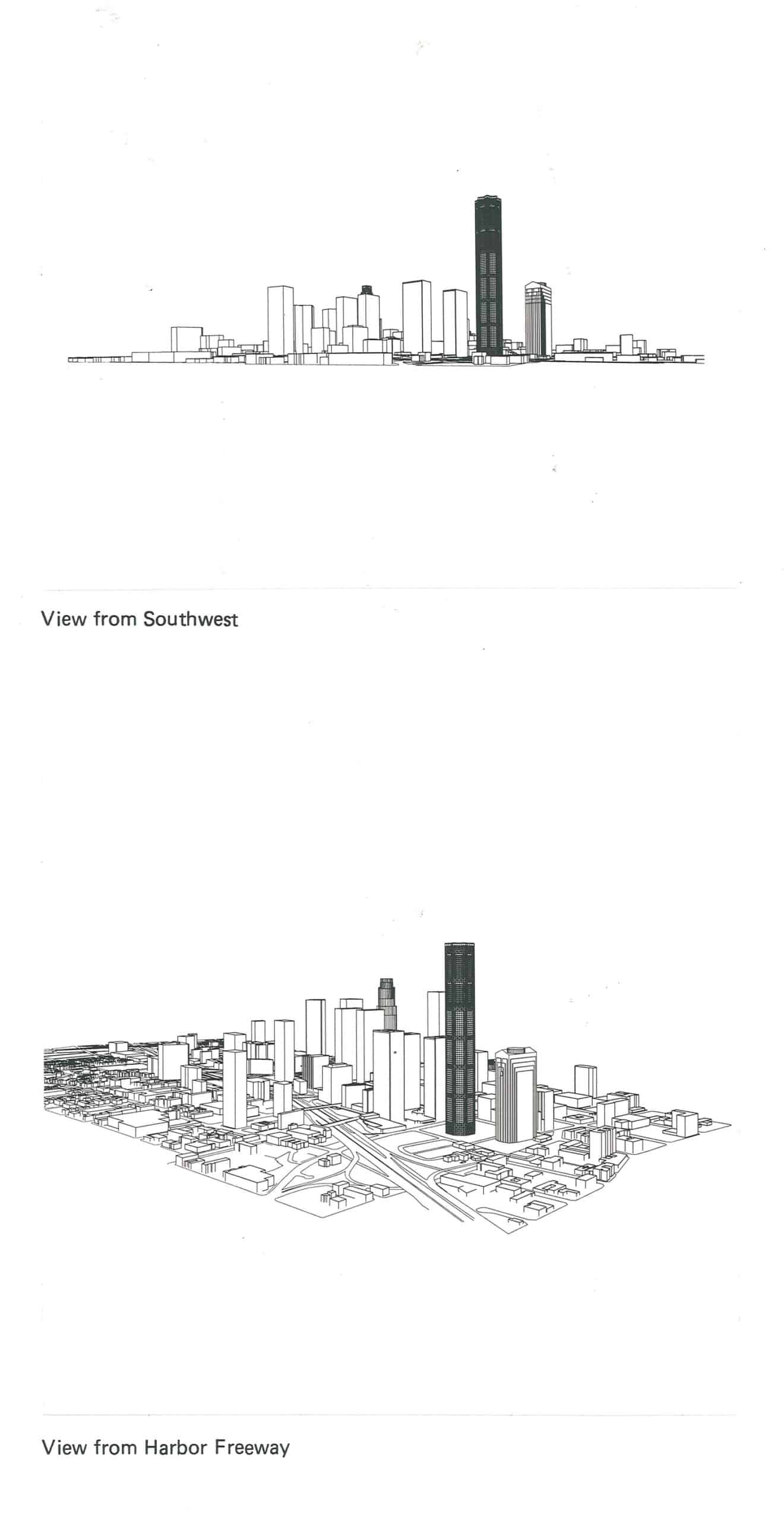 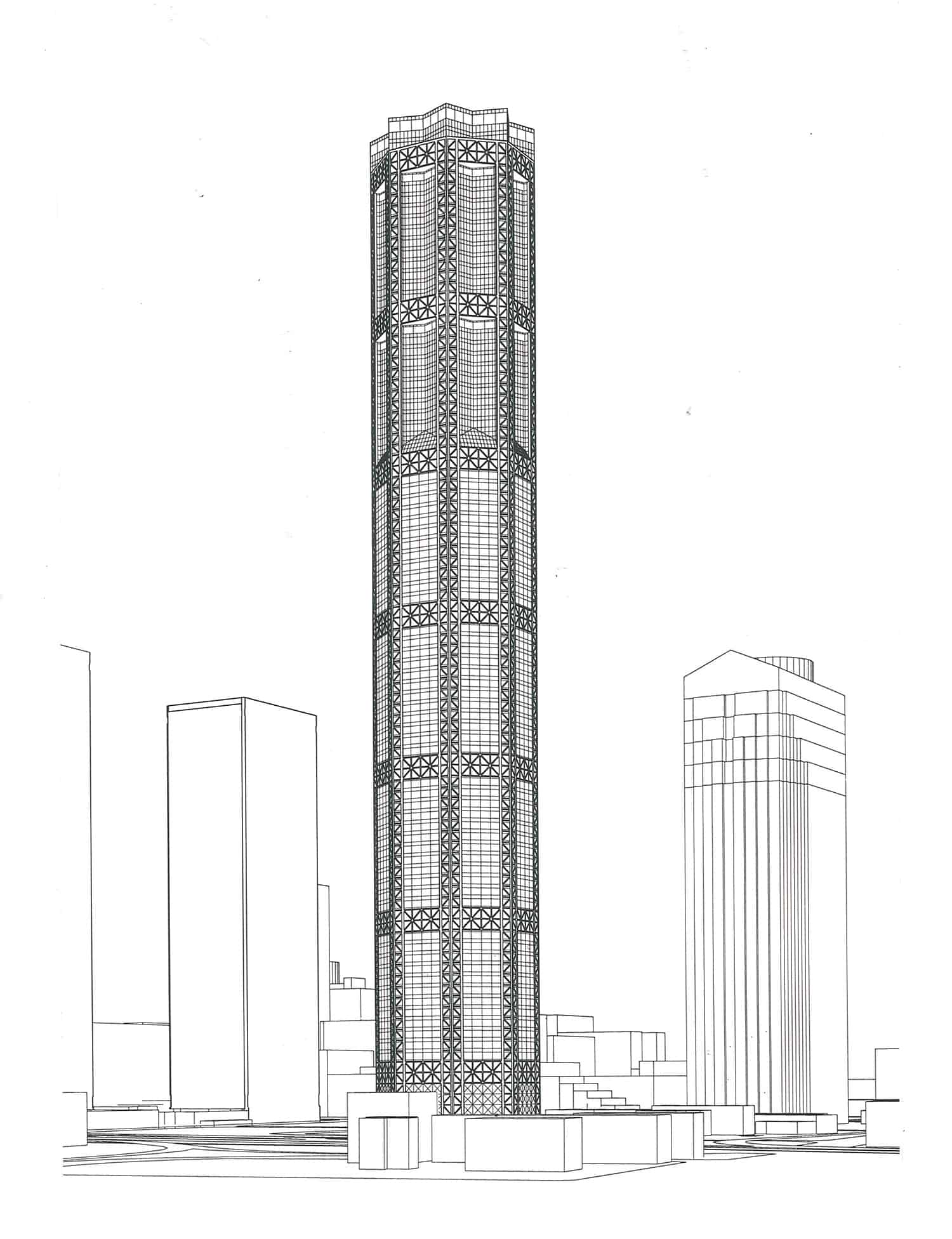 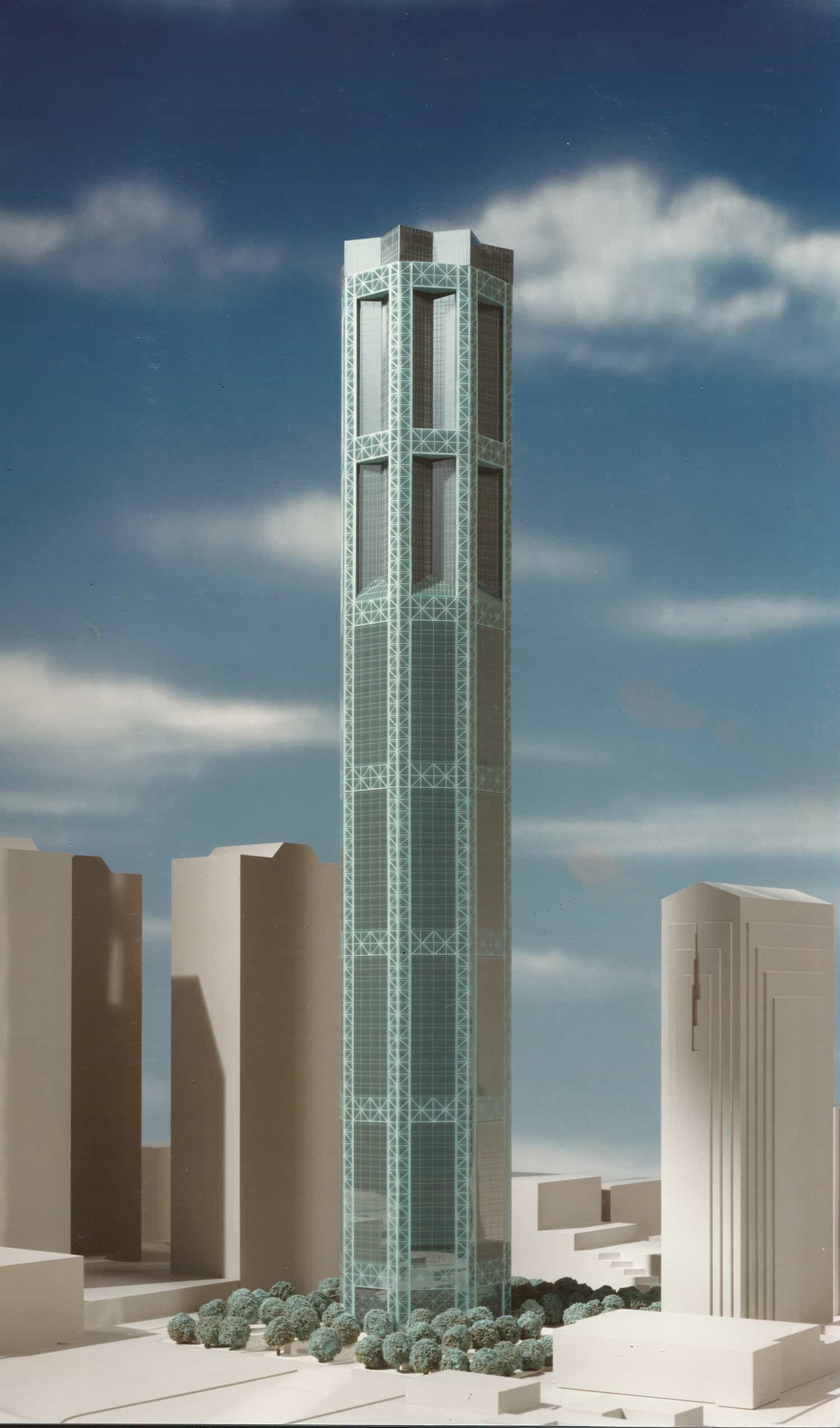