The University of Tizi-Ouzou was designed when Mr. Kronenberg was a Senior Designer at Skidmore, Owings, and Merrill in Chicago under the guidance of Walter A. Netsch Jr., who designed the Air Force Academy and the University of Illinois at Chicago. Skidmore, Owings, and Merrill provided services in academic planning, master planning, architecture, and interior design. He worked closely with Dr. Norman Parker, former Chancellor of the University of Illinois at Chicago and a mechanical engineer by training, in preparing the physical plan based upon the curriculum he prepared for the University.

Nestled into the foothills of the Djudjura Range of the Atlas Mountains, the University of Tizi-Ouzou is located on a 120 acre site just outside of Tizi-Ouzou, the principal town and capitol of an area called La Grande Kabylie in a region populated predominantly by Berbers. Planned at nearly a million square feet, the university was to offer a curriculum in general education and selected engineering disciplines. Students arrive to the campus by bus, or from the student-housing complex to the north. The administration building is located between the main pedestrian path leading to the student housing and the bus drop-off. The common facilities for the campus are arranged around a large informal diamond shaped garden court with landscaped walkways and coffeehouses. The student union containing an auditorium and fine arts studios, the library, and the student cafeteria all face this court. The Musallah, a small mosque, recognizable because it faces towards Mecca, is placed within the garden.

Academic zones extend to the north and south of the plaza. The General Education cluster is closest to the core. Each of the other clusters are comprised of two engineering disciplines with lecture halls, classrooms, departmental libraries, laboratories, and offices. These shared facilities line opposite sides of the octagonal courtyards. All the circulation to these facilities is covered but not enclosed to promote cross ventilation appropriate to the mild climate. The courtyards step up the valley in one level increments enabling an economical grading plan. Indigenous building materials are used throughout. 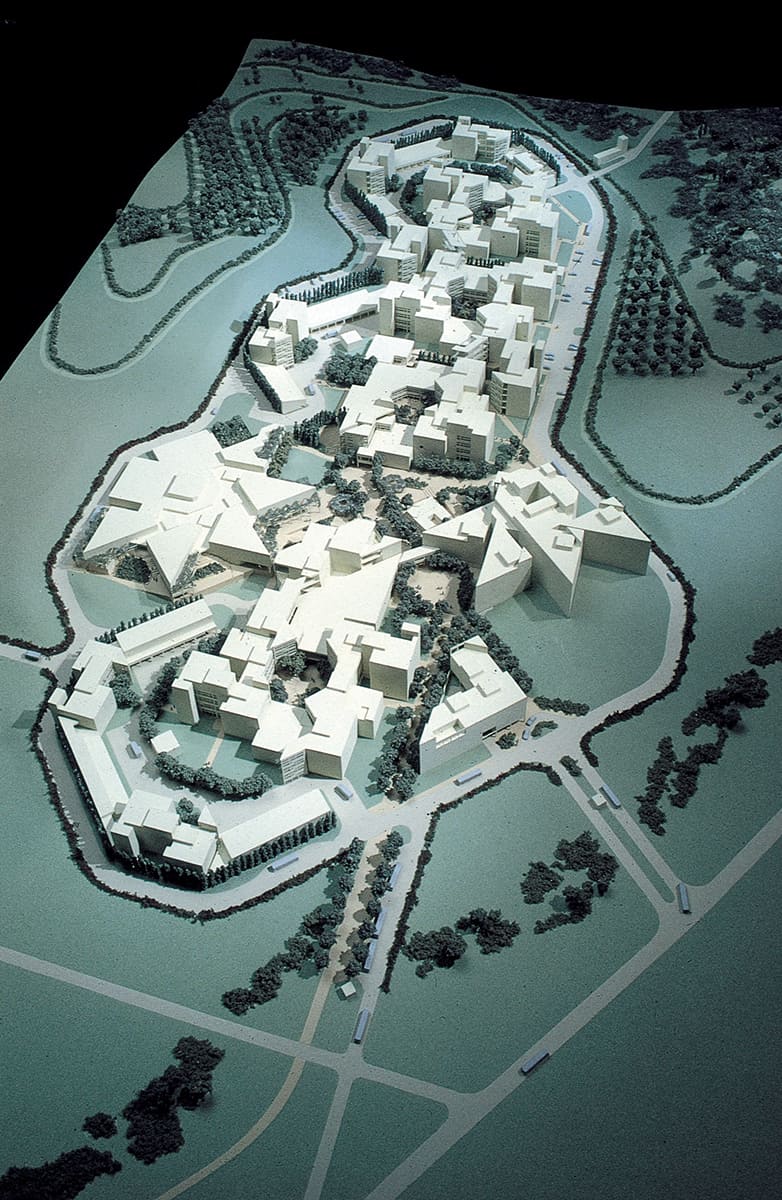 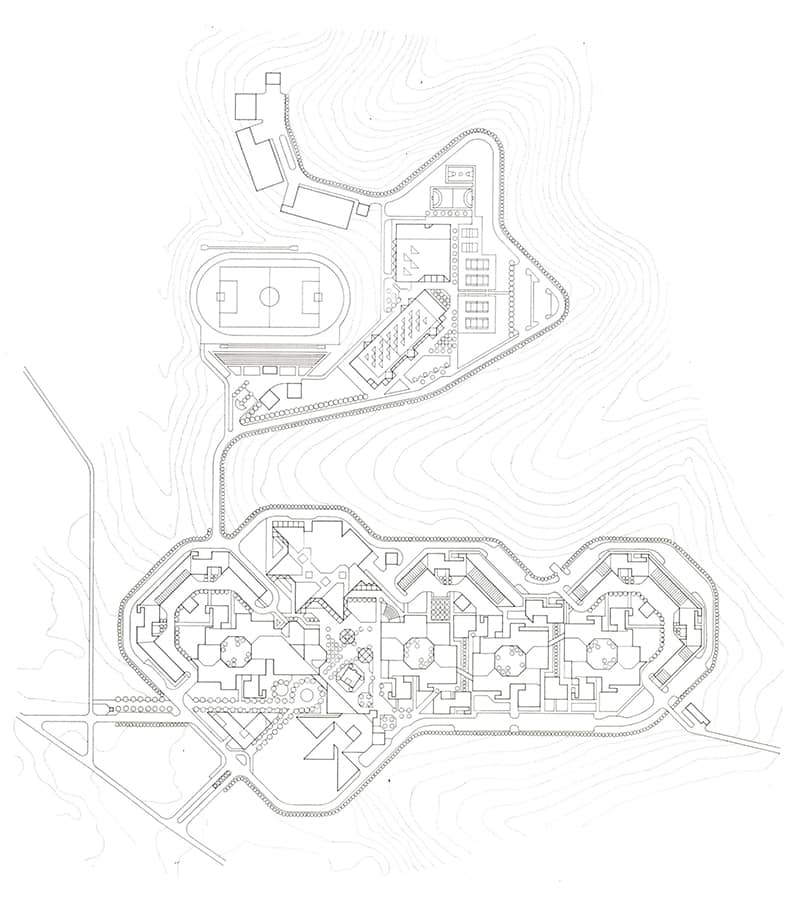