When Variant claimed their spot in Gensler’s new 730 Circa building in Midtown Atlanta, they had the best seat in the house — a ground floor spot that came with a private outdoor patio space, accessed by two large 18-foot garage doors for a seamless indoor-outdoor connection. This acquired office would support the new technology-driven segment of their company, and Variant needed a space that would feel fresh and youthful in order to attract talent. HK Architects was brought on to design an interior that fit these aesthetic and talent acquisition goals, as well as one that supported a collaborative work environment.

When designing the new space, HK was faced with two challenges: light and sound. The space itself had large amounts of natural light that would be best distributed through an open floor plan, but a totally open field of workstations would not allow areas for private meetings and quiet work. Instead, the space was divided with programmatic elements that float into the open office, including private offices, huddle rooms, and meeting rooms. These volumes help break up segments of the workstations and also provide a refuge from the hustle and bustle of the open areas.

The second concern was sound. The space itself was primarily a concrete shell with 17-foot-high ceilings, and the desired open floor plan would exacerbate the reverberations in the space. Rather than trying to hide or conceal the solution for this acoustic problem, felt-wrapped light fixtures from 3Form Light were placed on the ceiling as a design feature element. The lights were a triple threat: lighting, acoustic mitigation, and visual design element. Sound absorptive acoustic panels on the floating volumes in the space also acted as sound sponges, reducing echo throughout.

The new office space for Variant Midtown Atlanta provided the company with a forward-thinking, energetic, collaborative space for their newest venture into a dedicated technology branch. From light-filled work areas to a large break area for office gatherings, the office promotes the idea of a relaxed and focused work environment. 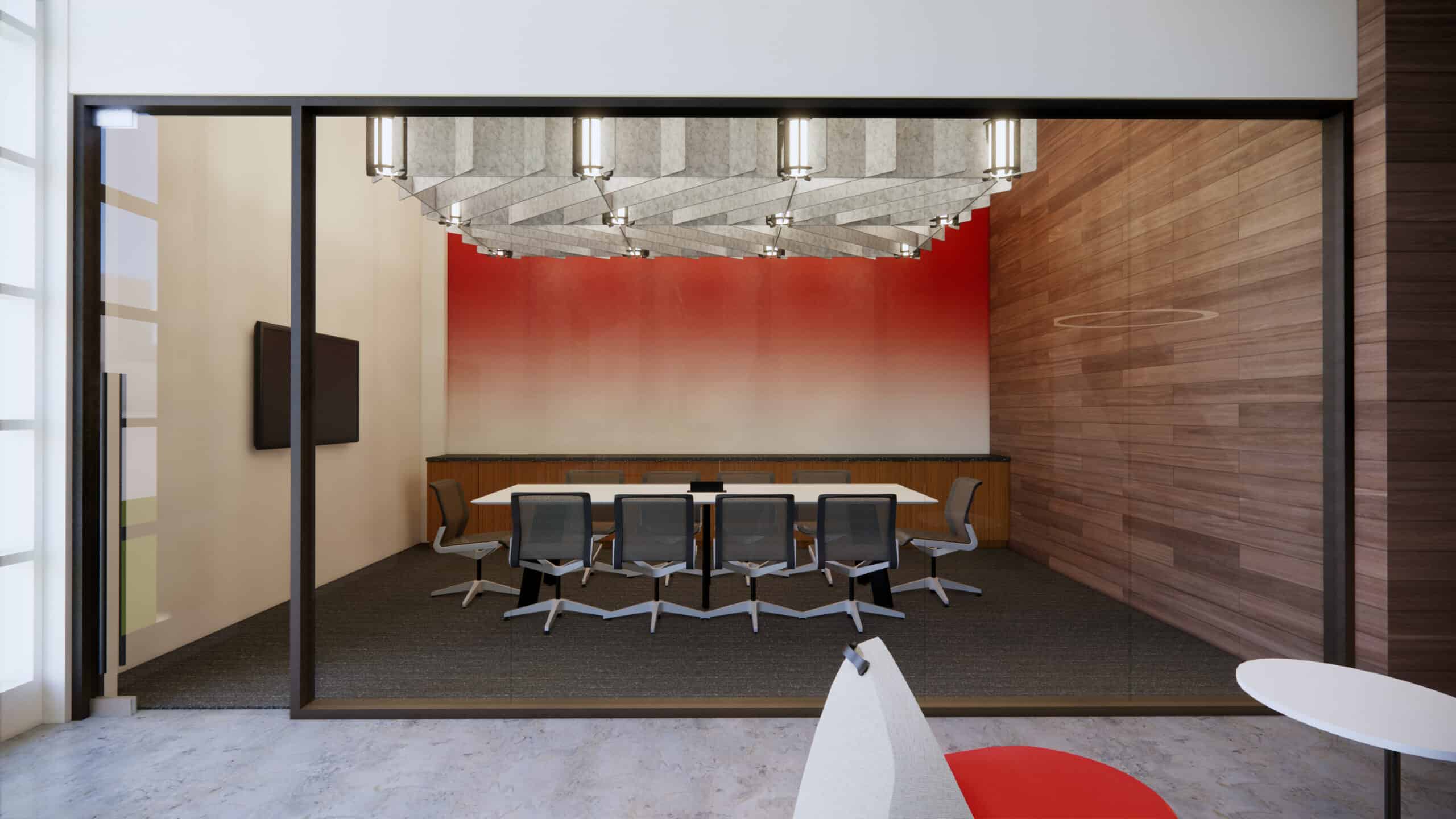 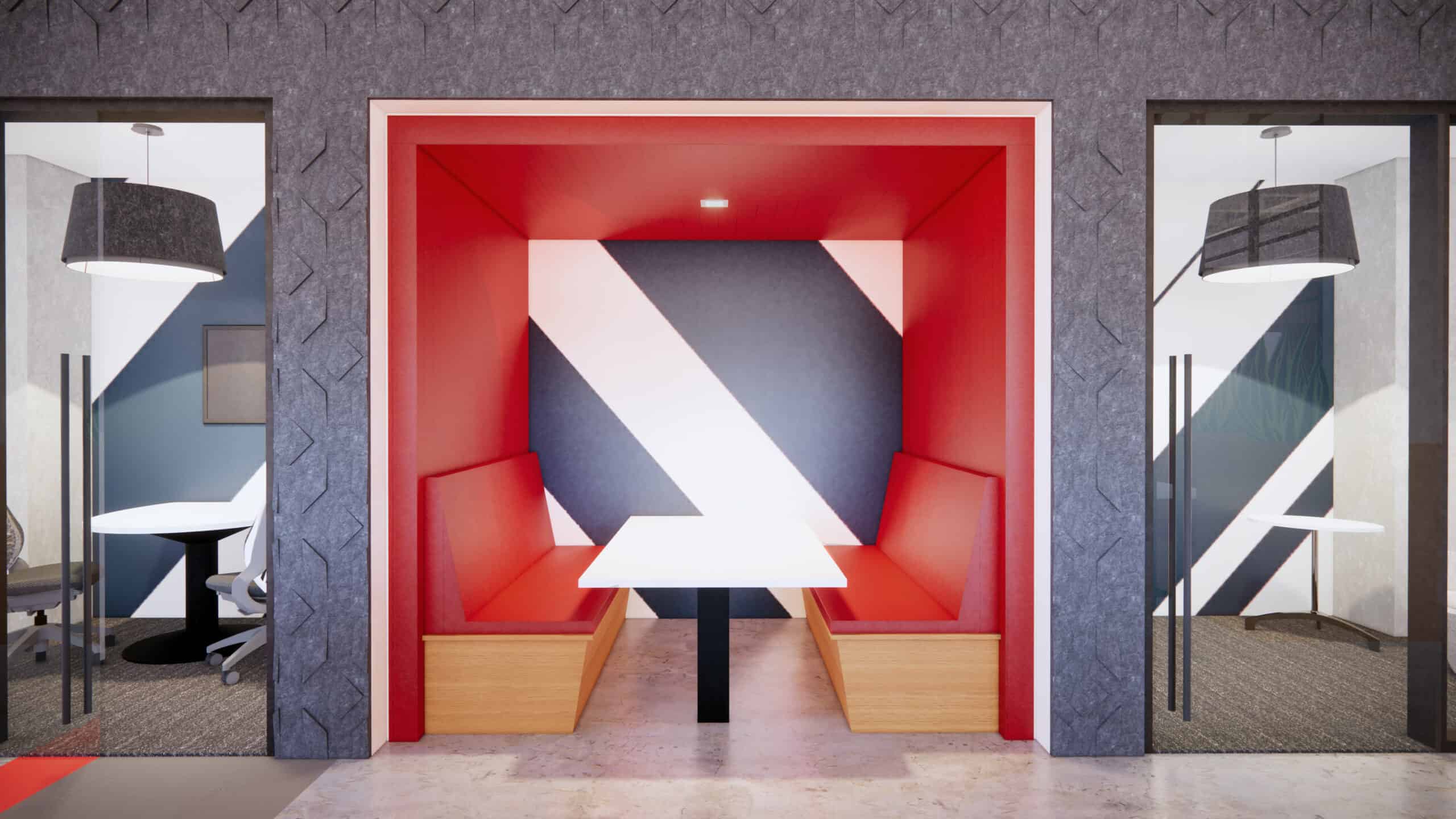 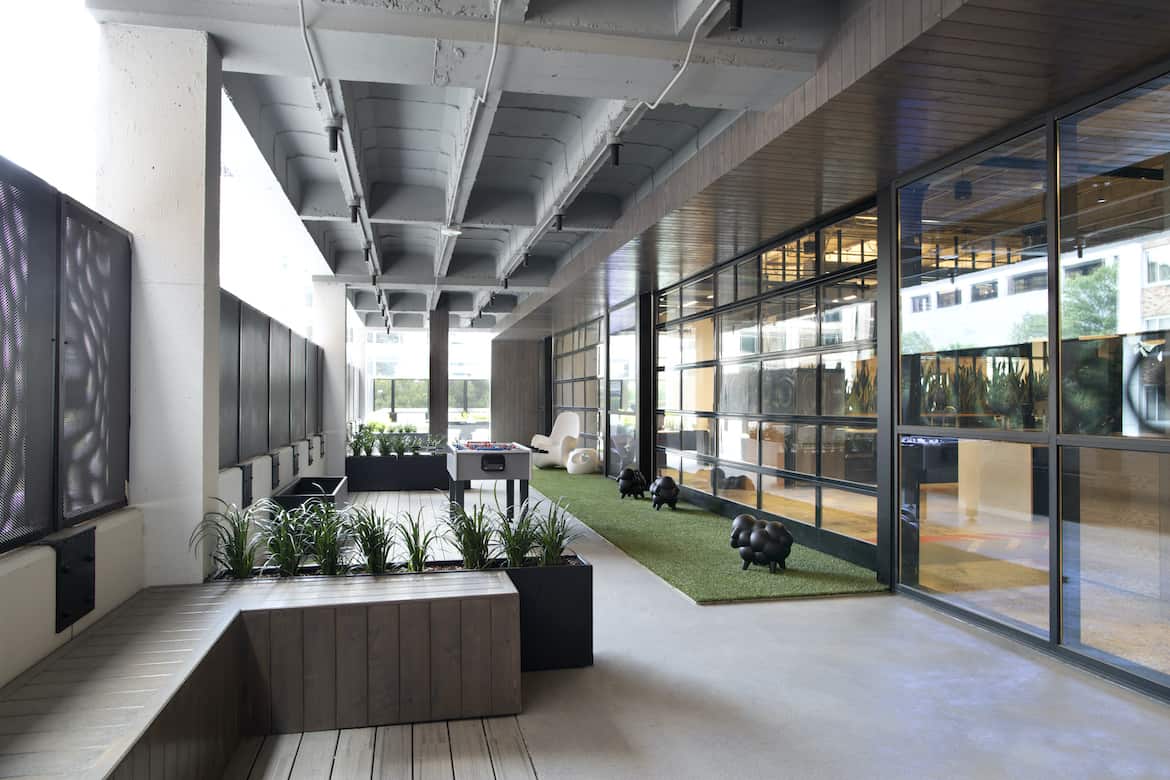 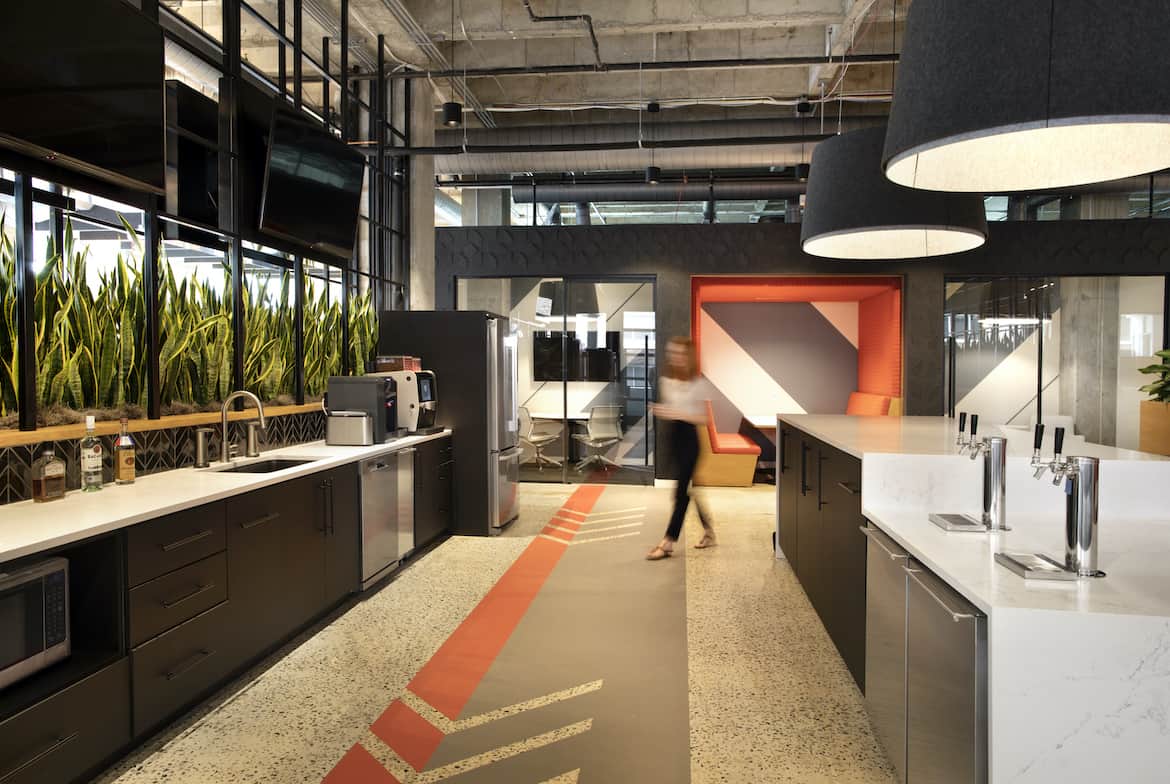 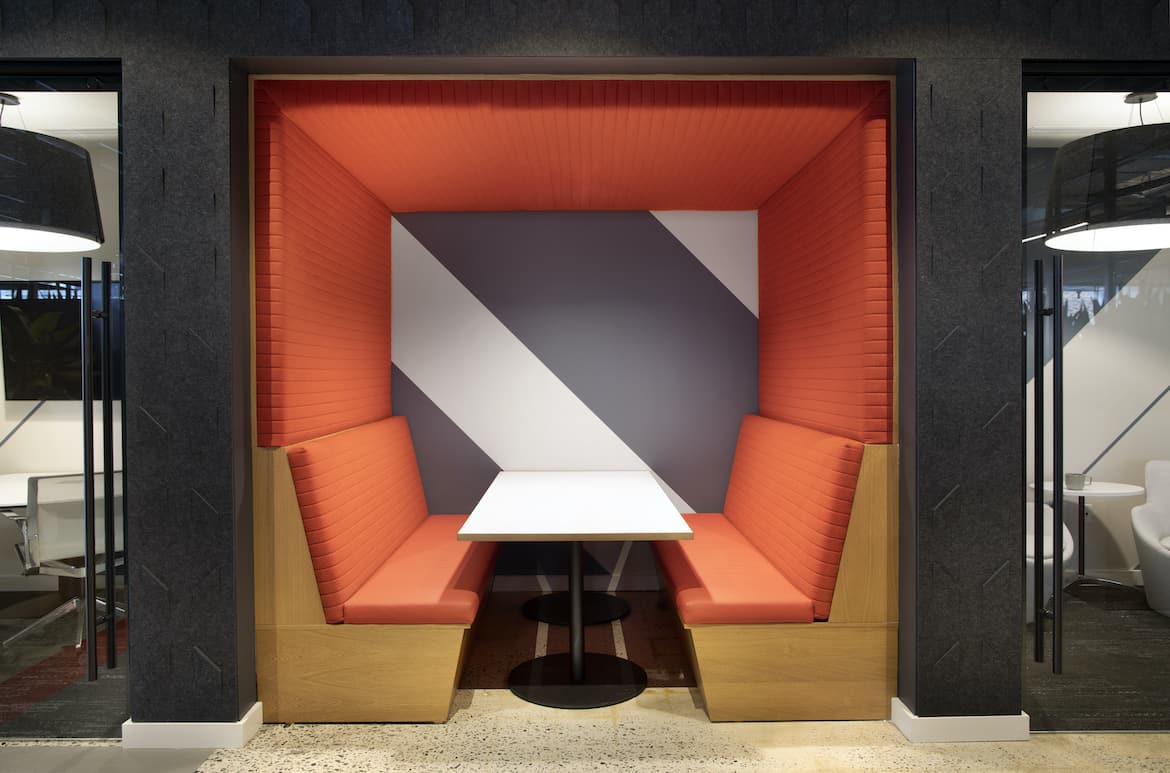 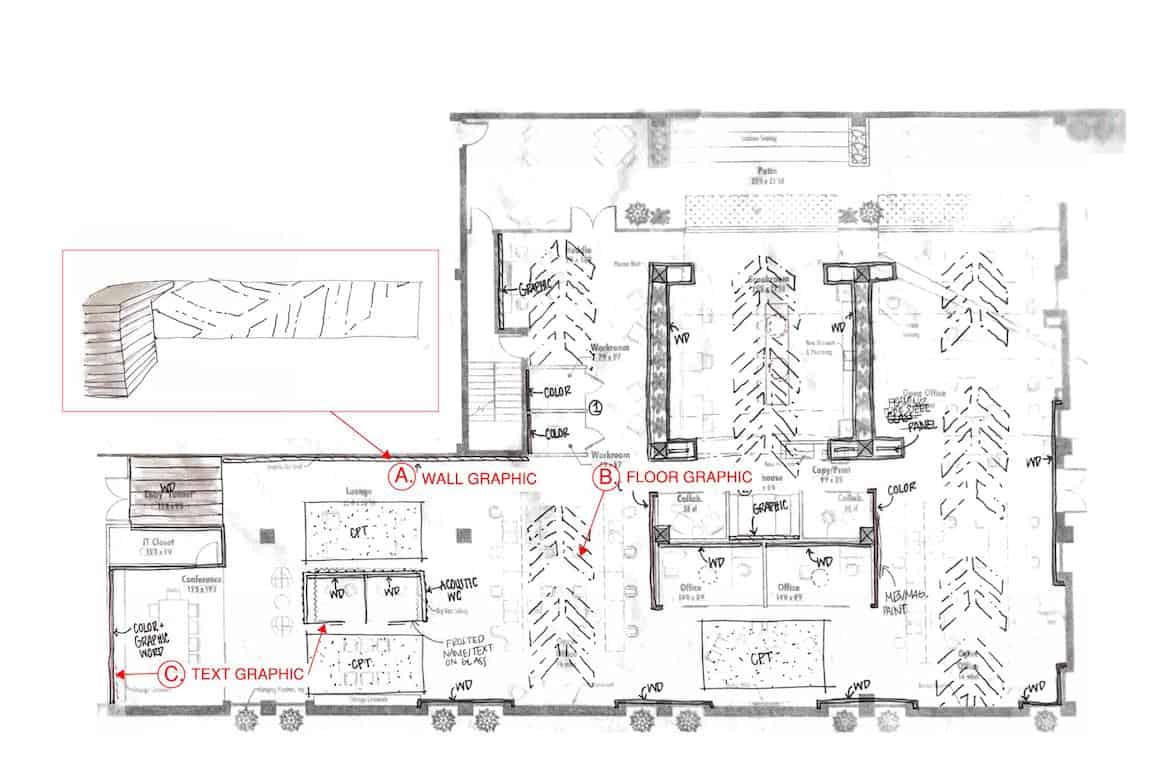 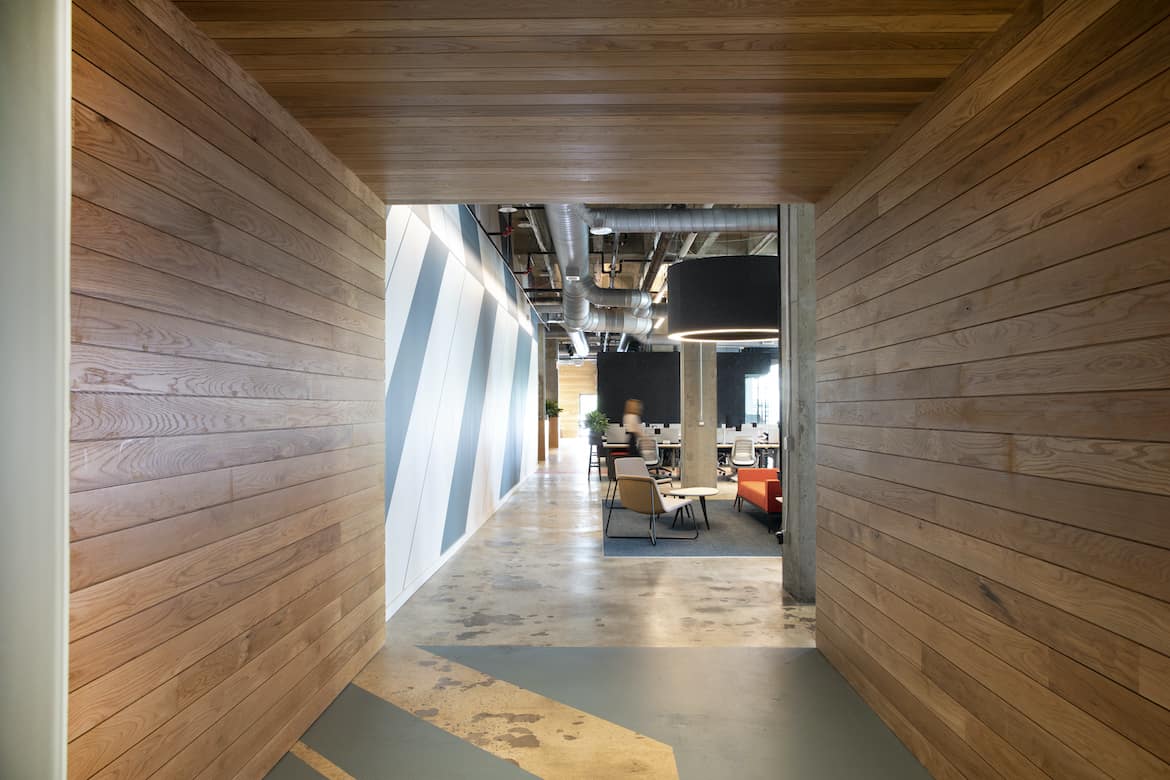