Signal Mill is the complete renovation and redevelopment of a historic knitting mill building in the heart of Chattanooga’s Northshore District. The structure itself is over 100 years old and had sat mostly vacant for nearly half a century, with the second floor and basement completely unoccupied.

After an Atlanta developer purchased the building, Signal Mill was completely reimagined; converting it into 33,000 SF of mixed-use retail/restaurant space on the first level and offices on the second level. Renovating a building of this age presented numerous challenges, the most significant of which was upgrading or installing entire systems and bringing the building up to code. This included installing an HVAC system, modernizing the plumbing and electrical systems, and adding stairs and an elevator.

In addition, there were existing bays at the back of the building that were assumed to be in the way of much needed parking. The bays had architectural interest, however, and were an important part of the building’s history. The bays were preserved and safely reinforced using one as a backdrop for a restaurant and another to hide the cooling tower from view.

When selecting materials for the building, new materials and components were woven into the historic fabric as sensitively as possible. Adding an element of modernity, the new elevator/stairwell is designed as a geometric glass box against the mill’s weathered brick. Today, two major restaurants and plenty of retail are making Signal Mill a new destination for the Northshore community. 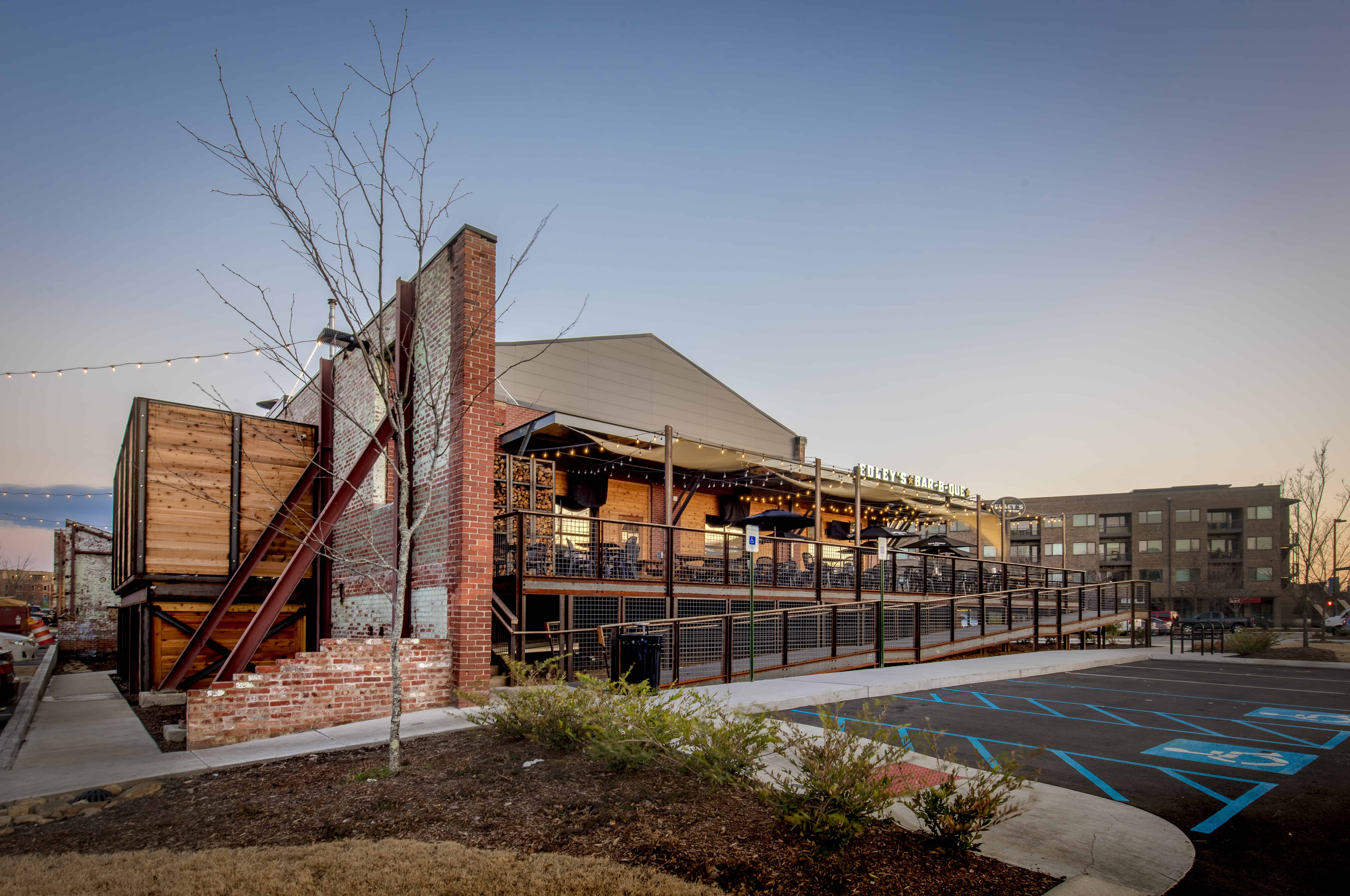 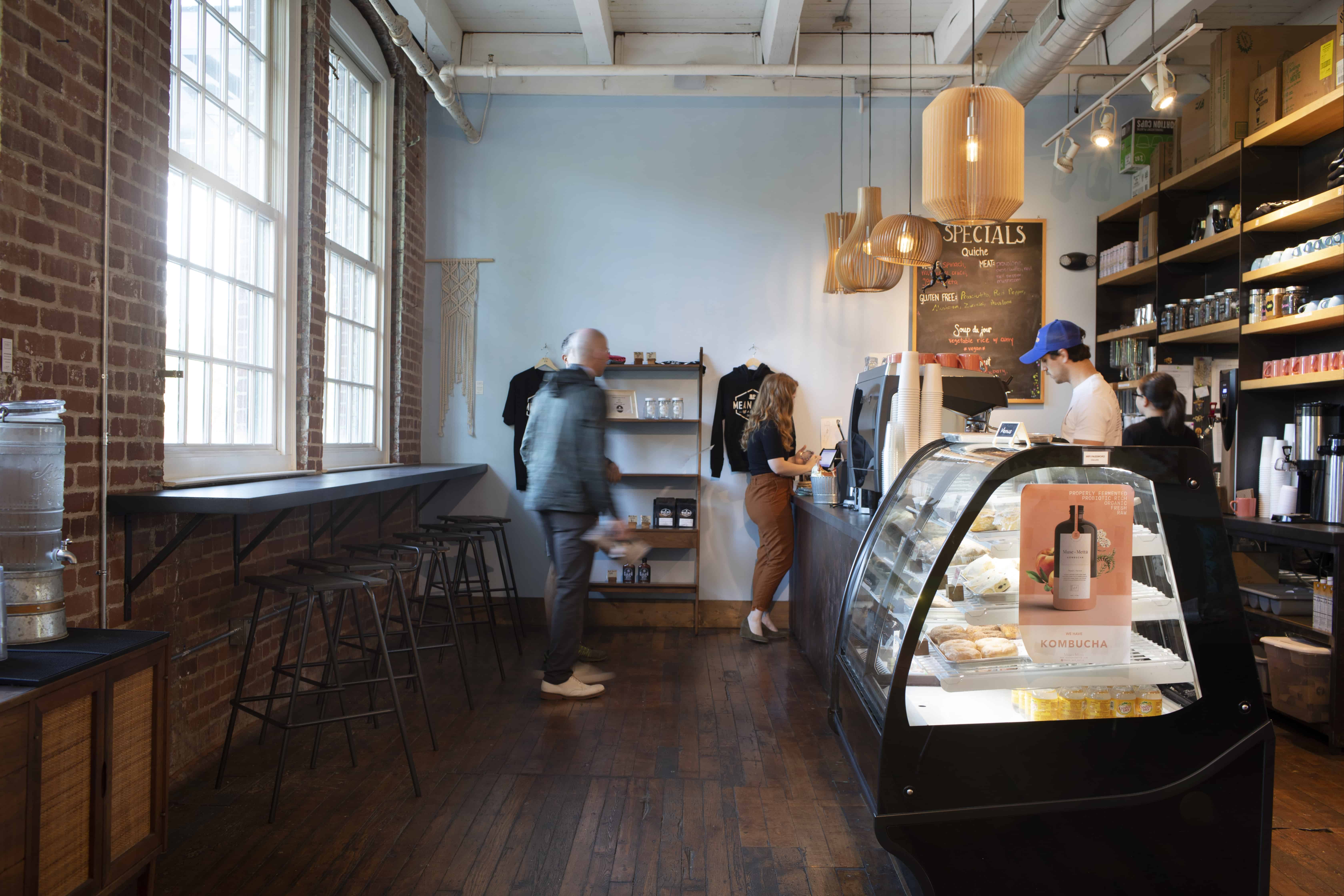 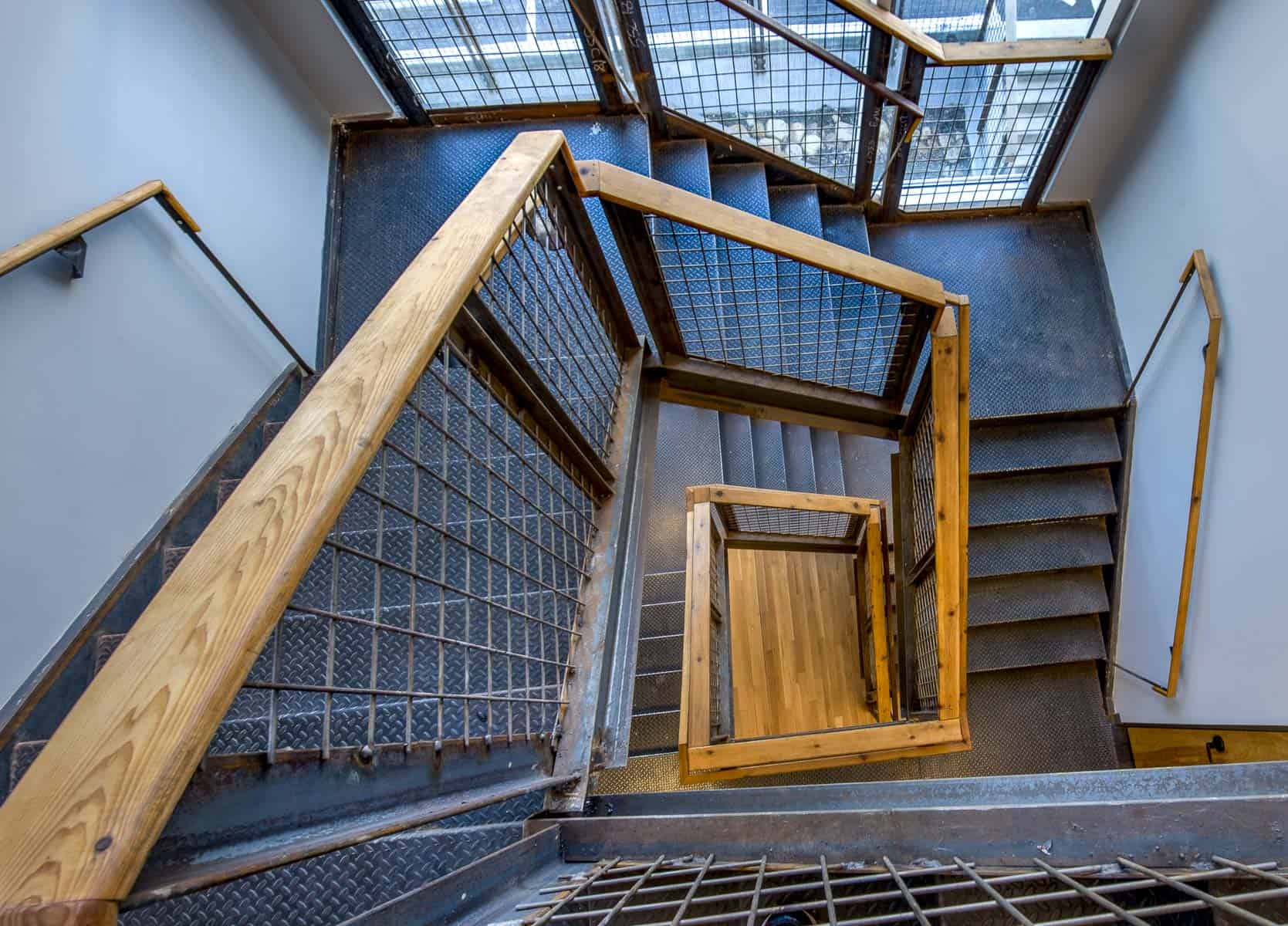 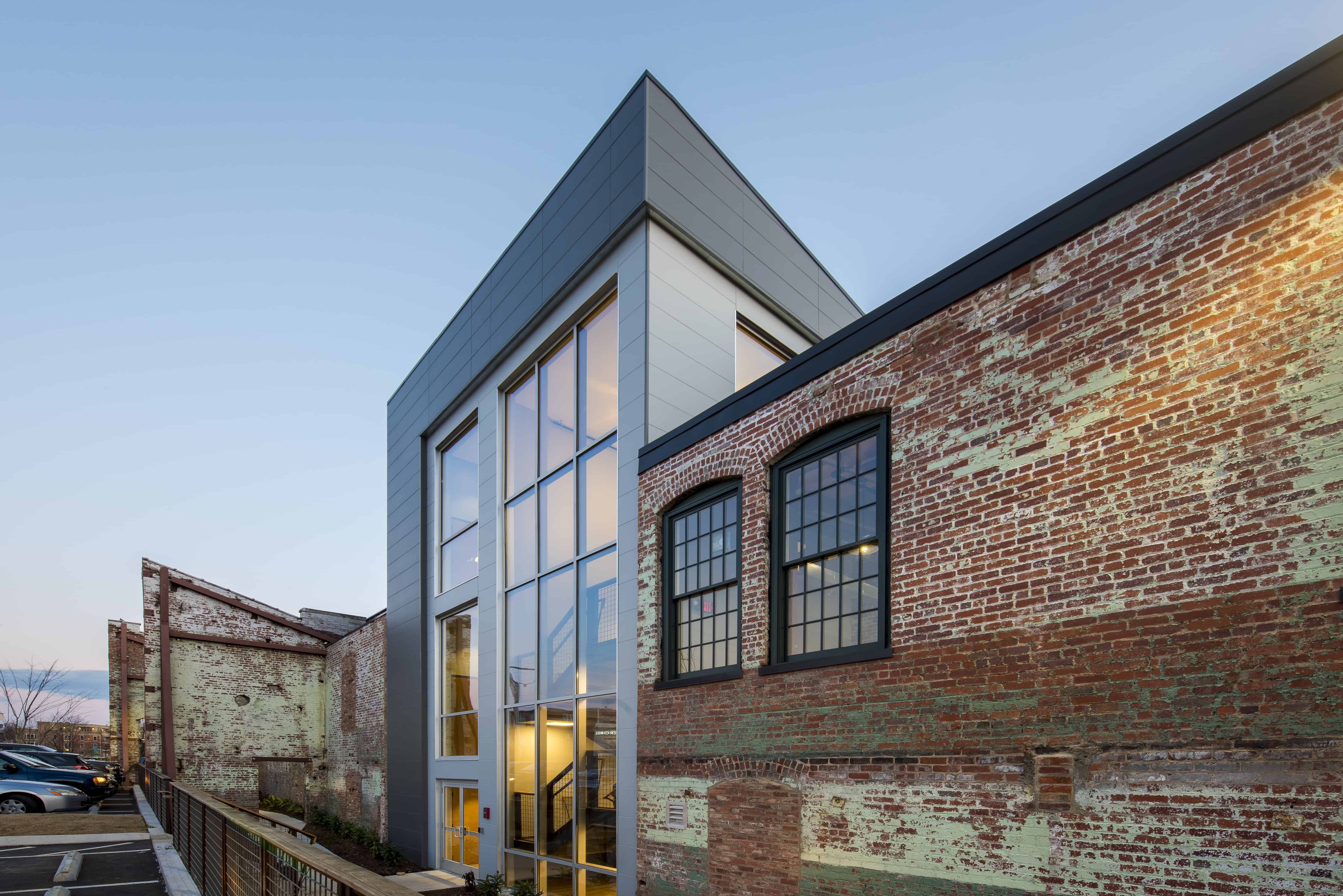 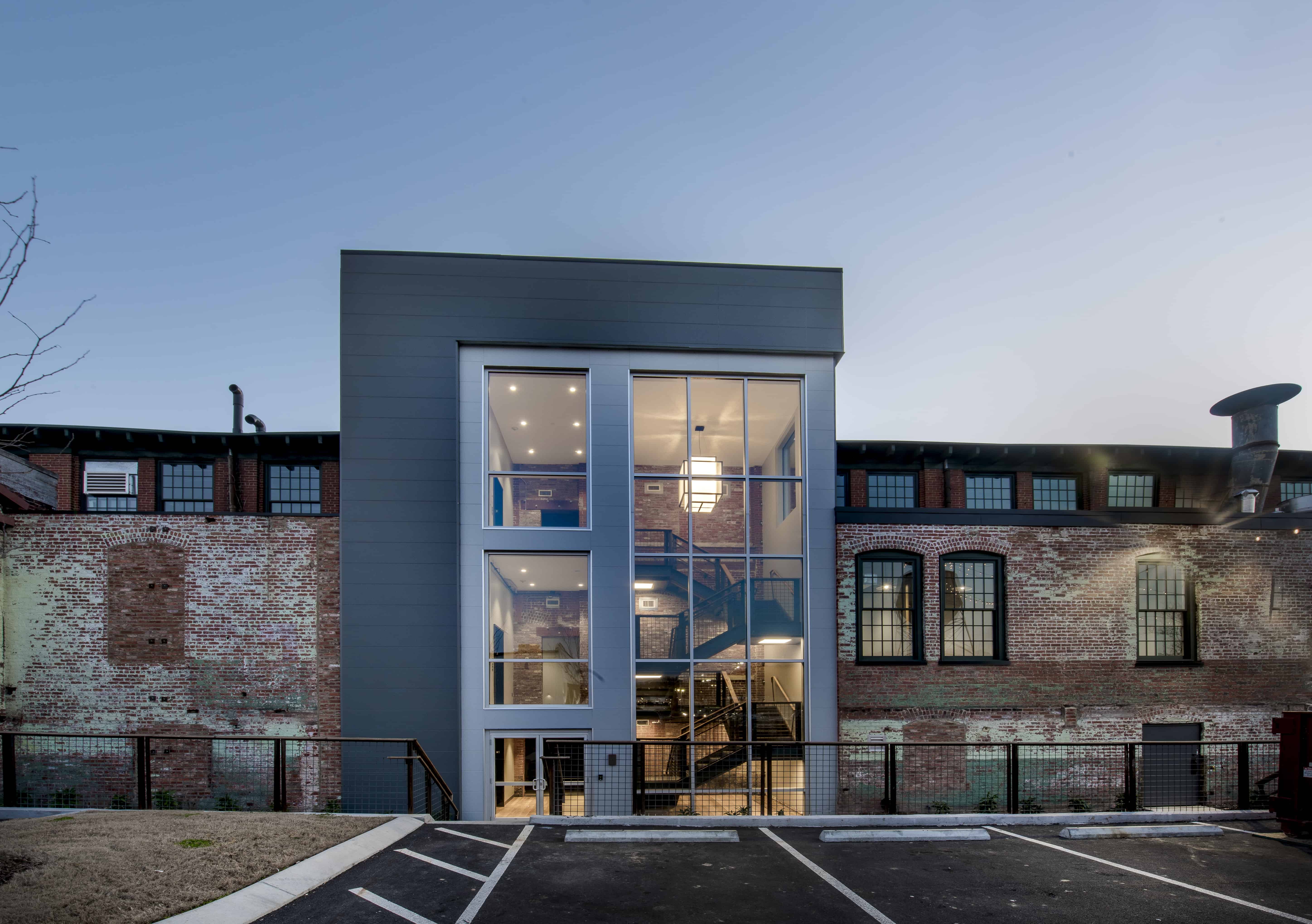 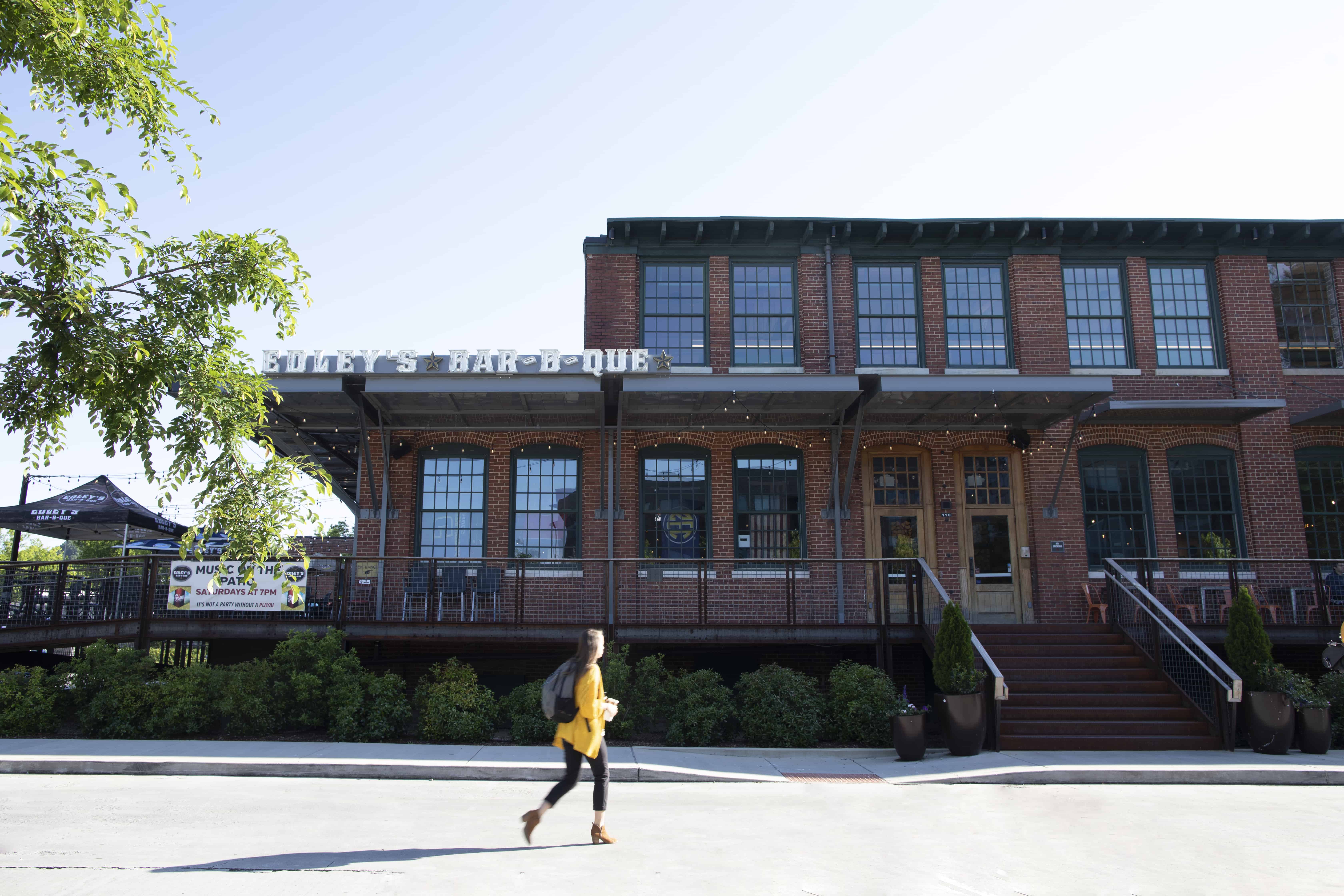 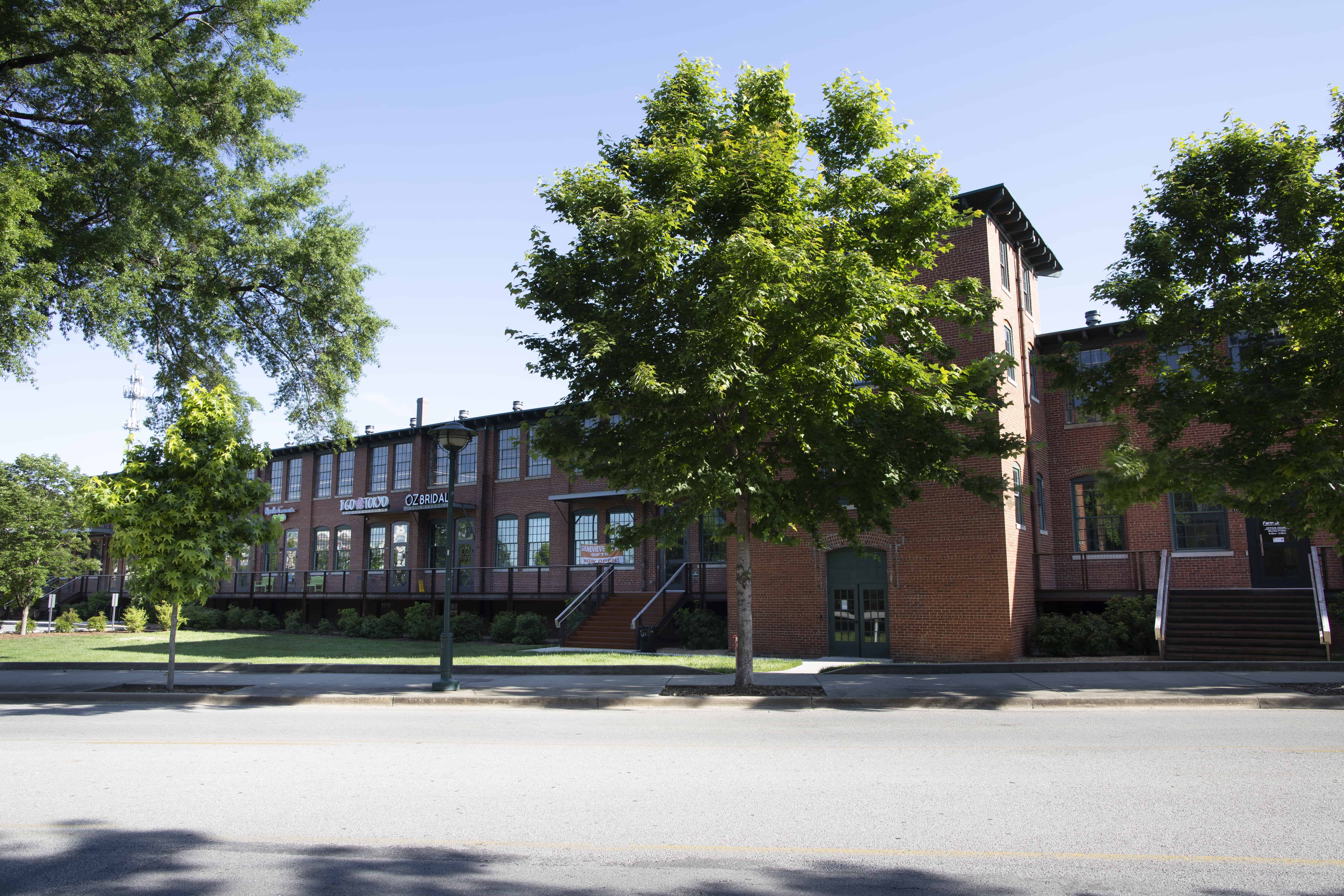 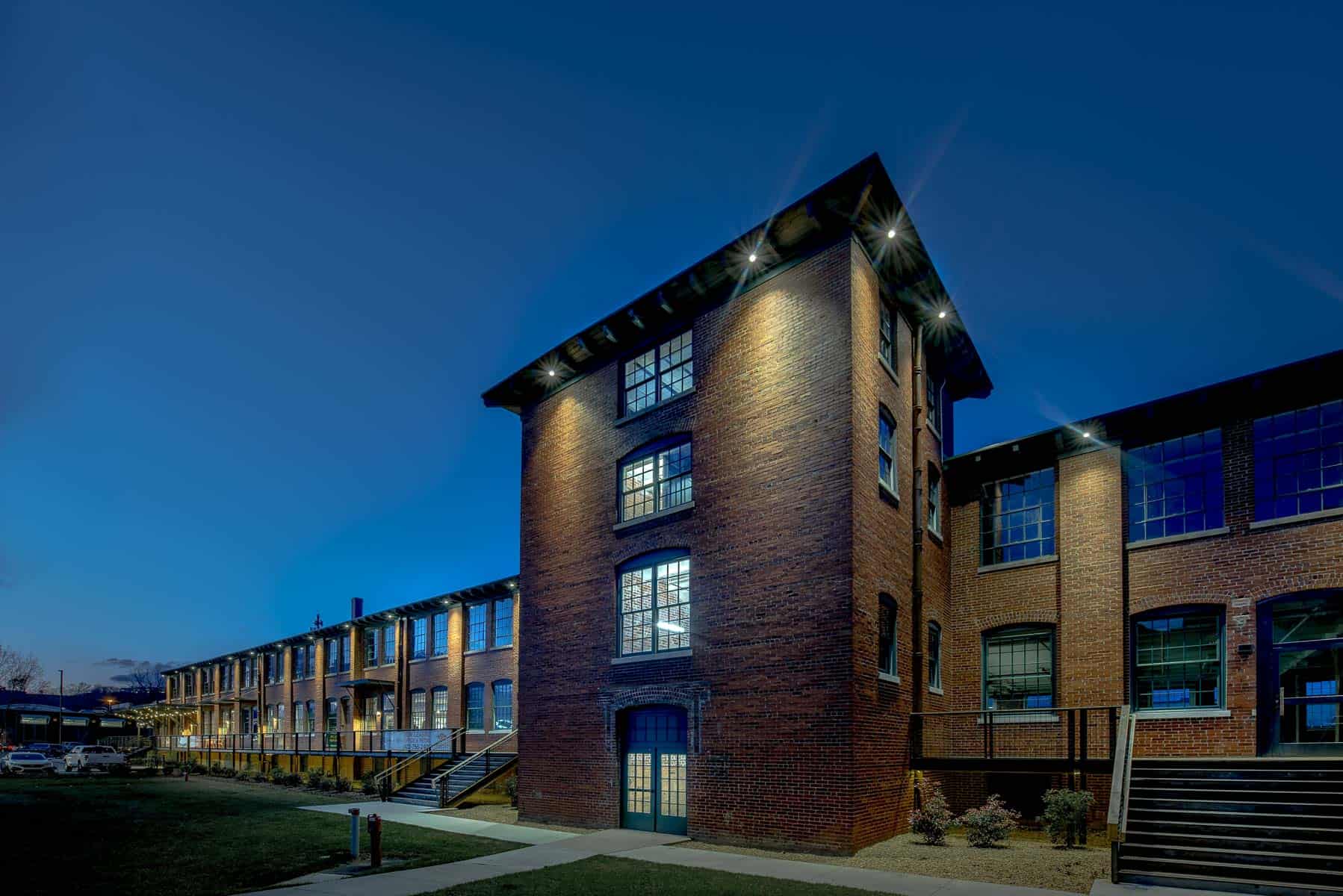