The Commons was built as a cultural and recreational center for the City of Collegedale and the eastern end of Hamilton County. The community wanted a place that would serve as a dedicated space for gatherings, farmers markets, events and performances, with plenty of access to both sheltered and open areas for flexible programming. HK Architects developed the master plan for the site, and has been closely working with Collegedale to build out the plan in tandem with fundraising efforts.

The site itself spans about six acres, and includes an outdoor pavilion, two restroom buildings, a barn for equipment storage, a meeting hall and the Founders Hall—the largest structure on the site. This main building houses The Common’s event and performance space, and utilizes large glass garage style doors that can be raised to create an open-air feel, or lowered to seal the building off from inclement weather. The most recent addition to the commons, the meeting hall, features a giant wrap around porch, clerestory windows, and a plank ceiling above heavy timber beams. It houses men's and women's dressing rooms for on site events, a large open assembly space, and a commercial kitchen. All of the buildings on site sport a jerkinhead roof, a nod to The Common’s director's love of the US National Park architecture.

The Commons is a wonderful asset to the Collegedale community, and continues to raise money for improvements. The facility contributes to the director’s dream to restore the “front porch life,” and to encourage community and friendship among the residents of Collegedale. 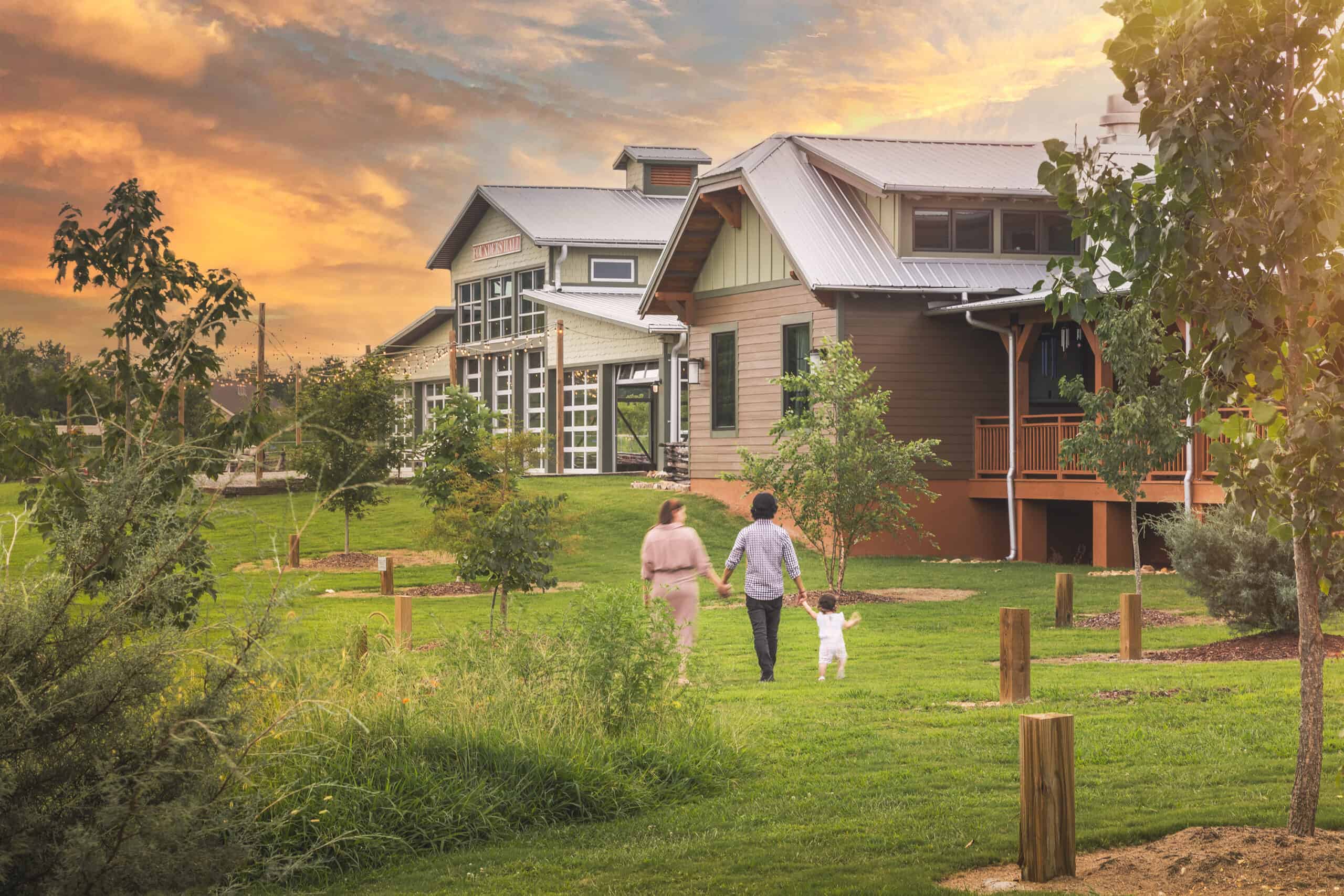 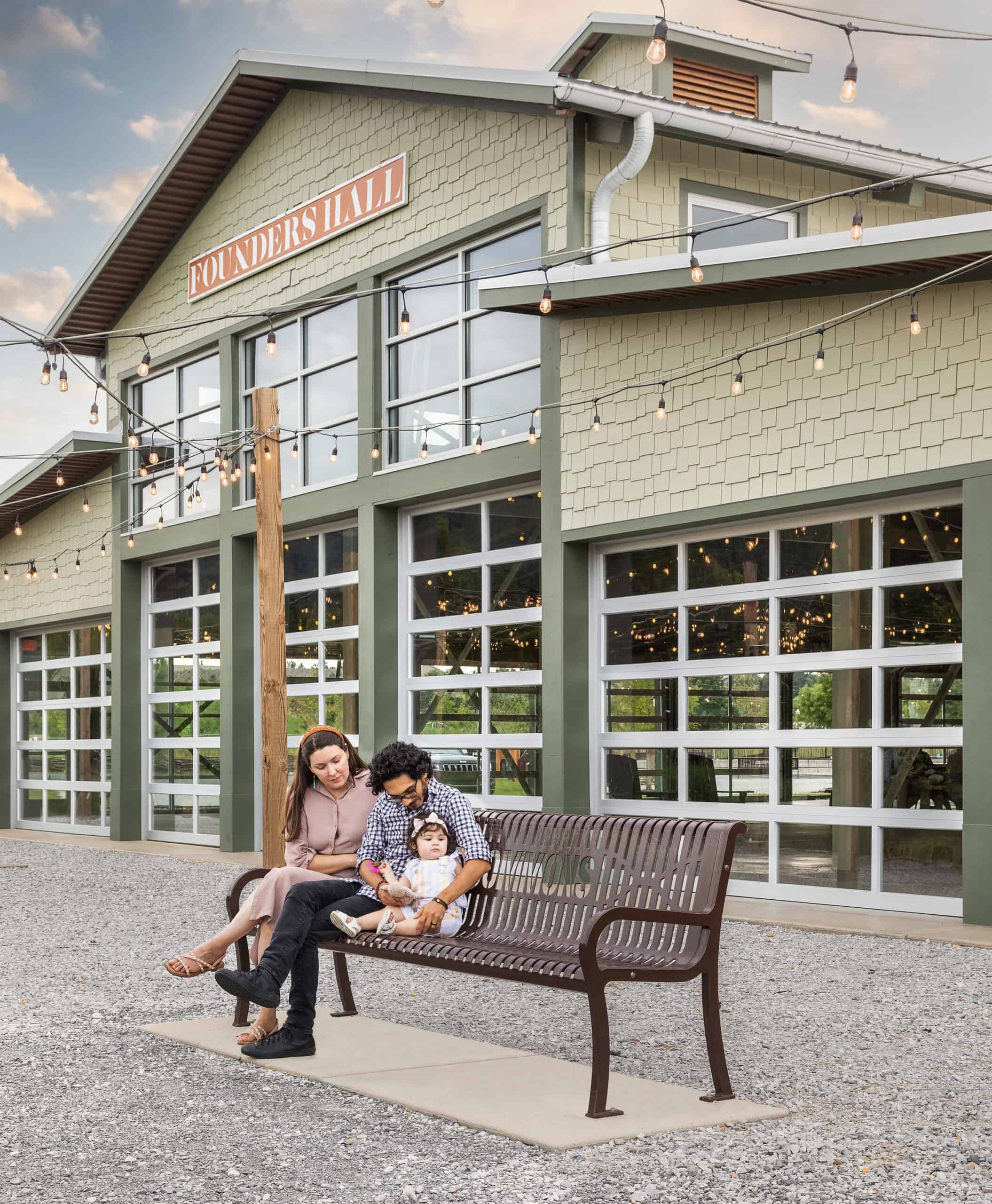 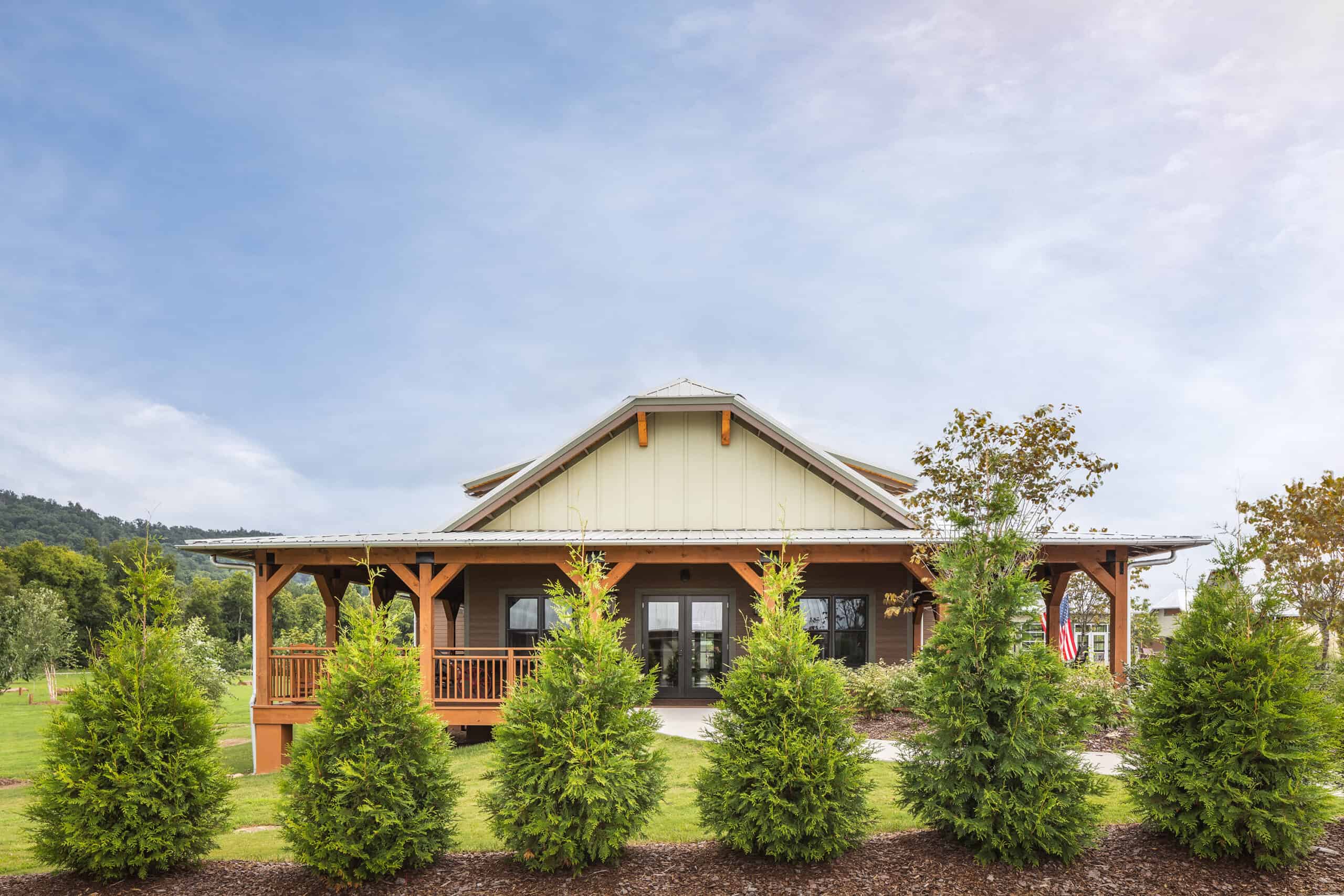 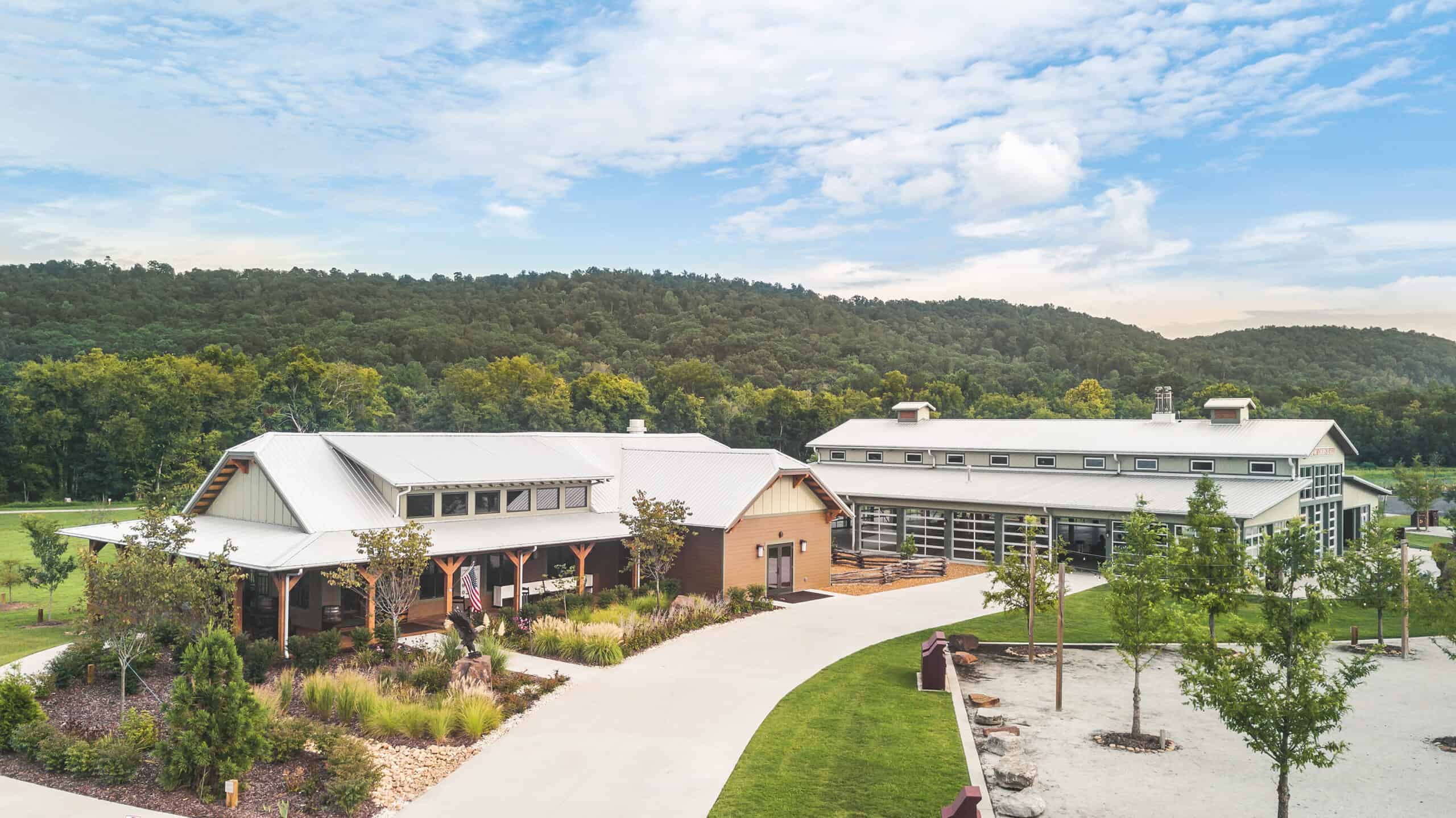 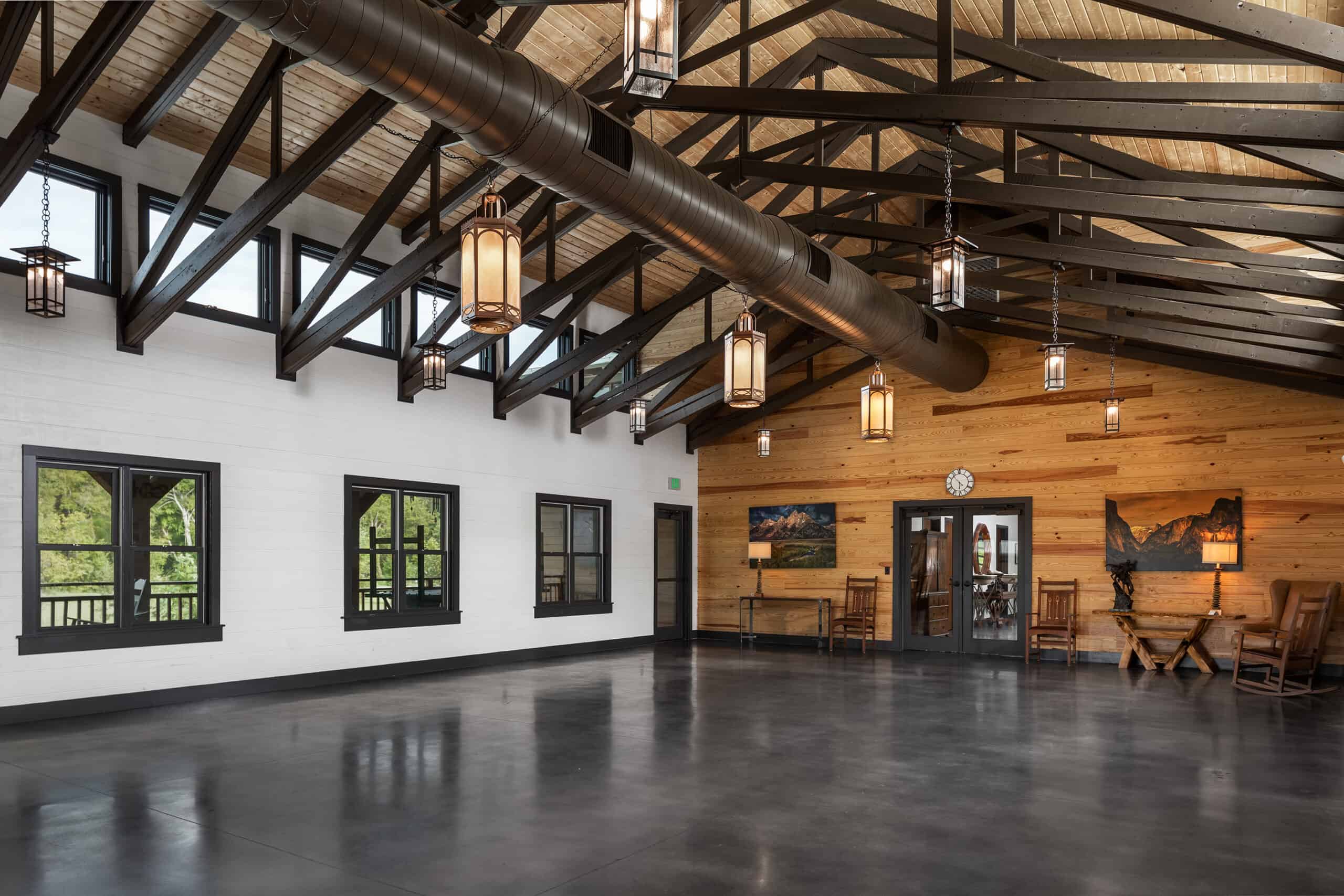 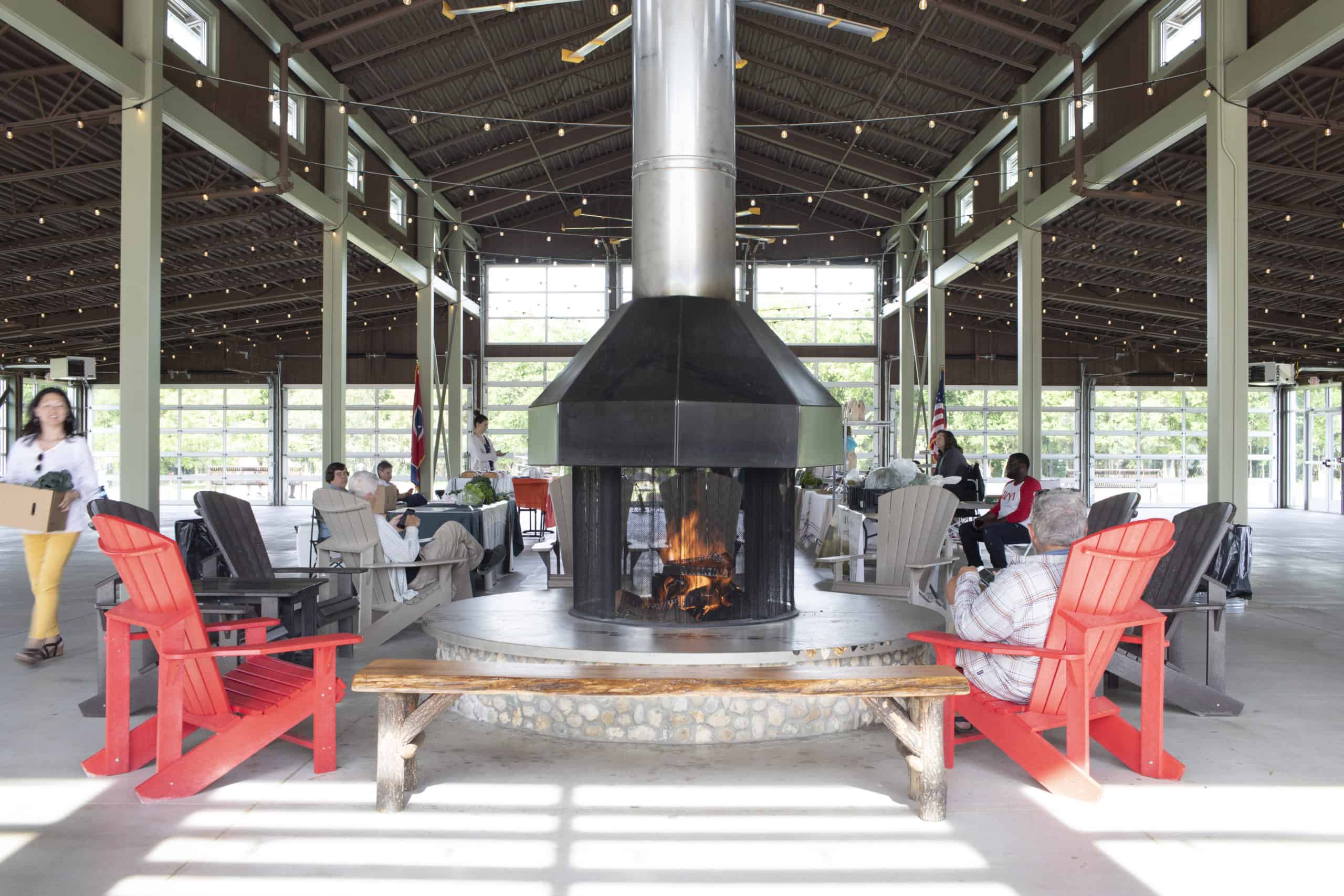 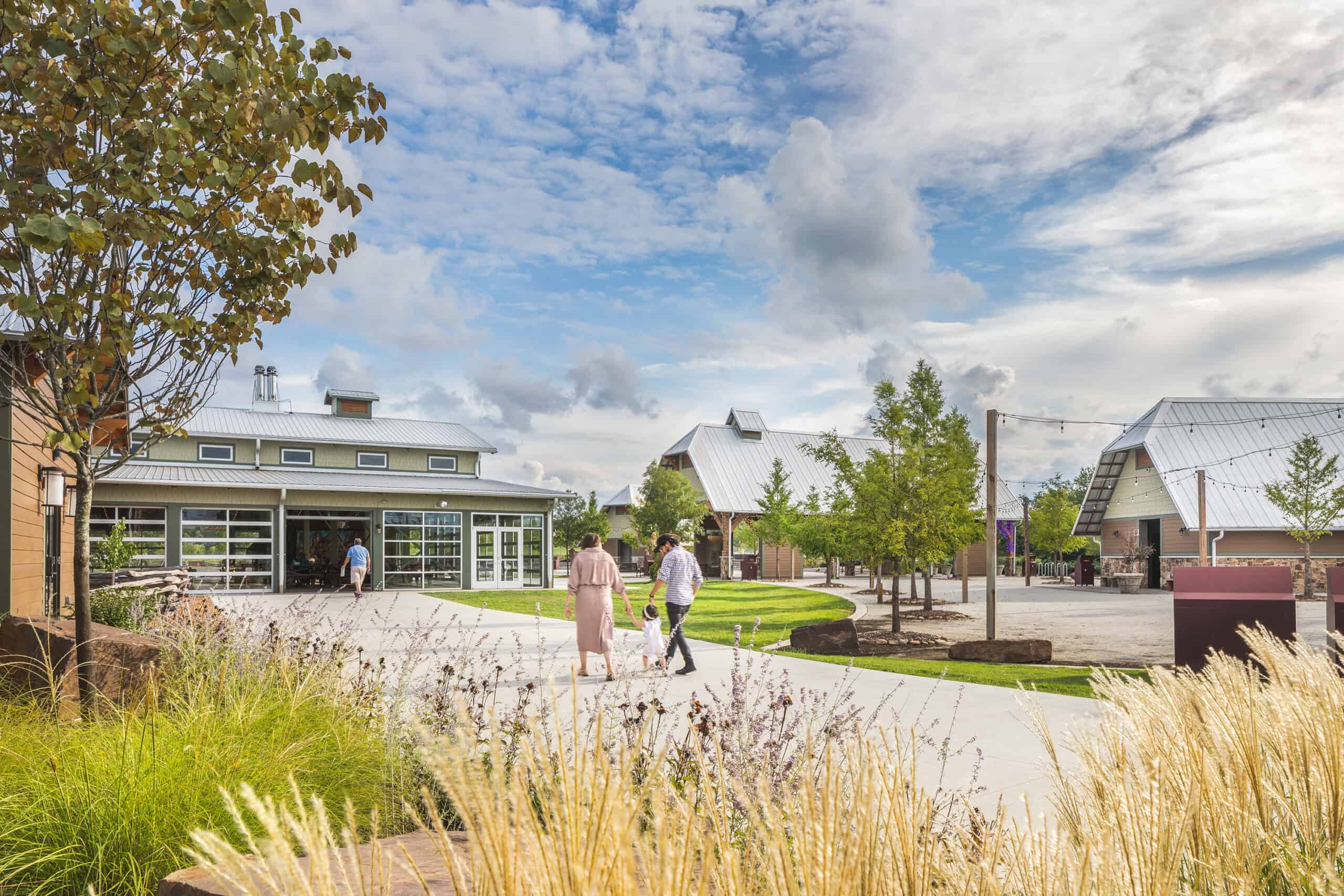